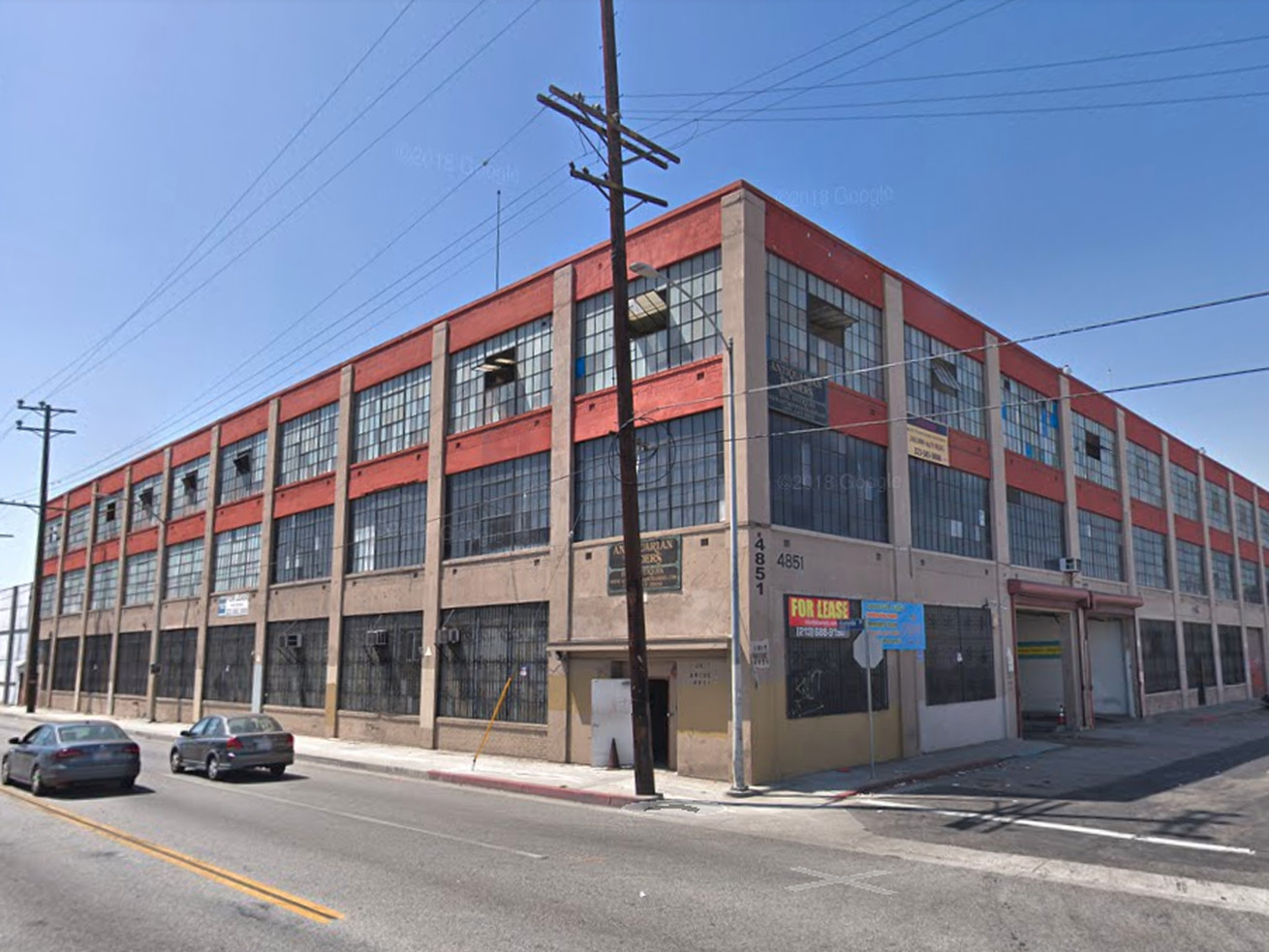 Not far from the Vernon Station

The owner of a large industrial building near the Blue Line’s Vernon Station is planning to convert the structure into 118 lofts for artists.

Hassid is seeking to use the artists-in-residence ordinance to convert the warehouse at 48th and Alameda. The ordinance was put in place to allow industrial-to-legal-residential conversions in the early days of the Arts District.

The building stands three stories tall along Alameda Street, across from the Blue Line tracks in the Central-Alameda neighborhood.

Hassid is the owner and founder of an online custom door company, and he has another adaptive reuse conversion underway on Sixth Street in the Arts District.

Through an LLC called Loftquinox, Hassid plans to turn his company’s manufacturing warehouse at 1340 East Sixth Street into an eight-story live/work loft building with 193 units, The Real Deal reported in June.