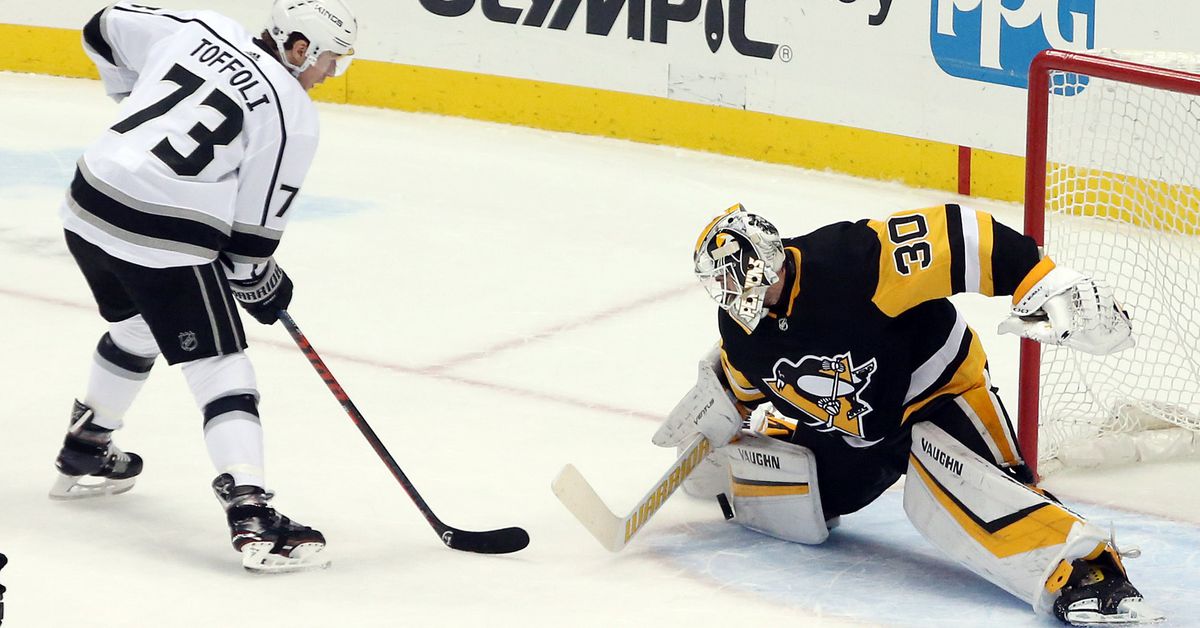 The Los Angeles Kings seem to have a pesky habit of looking across the ice, seeing a young, untested goalie looking for his first win, and going “oh snap gonna lose to that guy for sure now”.

Well, I’m sure they don’t say that specifically, but that’s sure how it feels sometimes to those of us watching from home or the stands.

I took a look back at each loss this season to see just how many goalies the Kings managed to help out in the self-confidence department. It’s a short, but mighty, list.

A view from the other side of the ice in yesterday’s win. [Knights on Ice]

The Kings went on a four game winning streak. But is success really a good thing when Jack Hughes could be the prize at the end of the season? [Los Angeles Times]

Devante Smith-Pelly visited a DC-area school after a classroom wrote letters to him. Don’t mind me, I’m not crying over this story or anything. [RMNB]

John Quenneville is running out of time to secure a spot in the NHL. [All About the Jersey]

Matt Dumba has been one of the Minnesota Wild’s best defensemen this season. Now they’ll be without him for at least three months. [Yahoo Sports]

Who let hockey players act? A look at the best/worst commercials NHLers have appared in. [The Athletic]

A look back at the biggest stories in women’s hockey this year. [The Ice Garden]

Stuff is, uh, going down in Dallas. But is the CEO’s anger directed in the right place? (No.) [NBC Sports]

Some stats to back up exactly how much not-the-problem Jamie Benn and Tyler Seguin are. [The Point]

There is exactly one NHL game tonight, and it’s Vegas against Arizona. I’m sorry. Maybe there’s some football on or something, I don’t know.