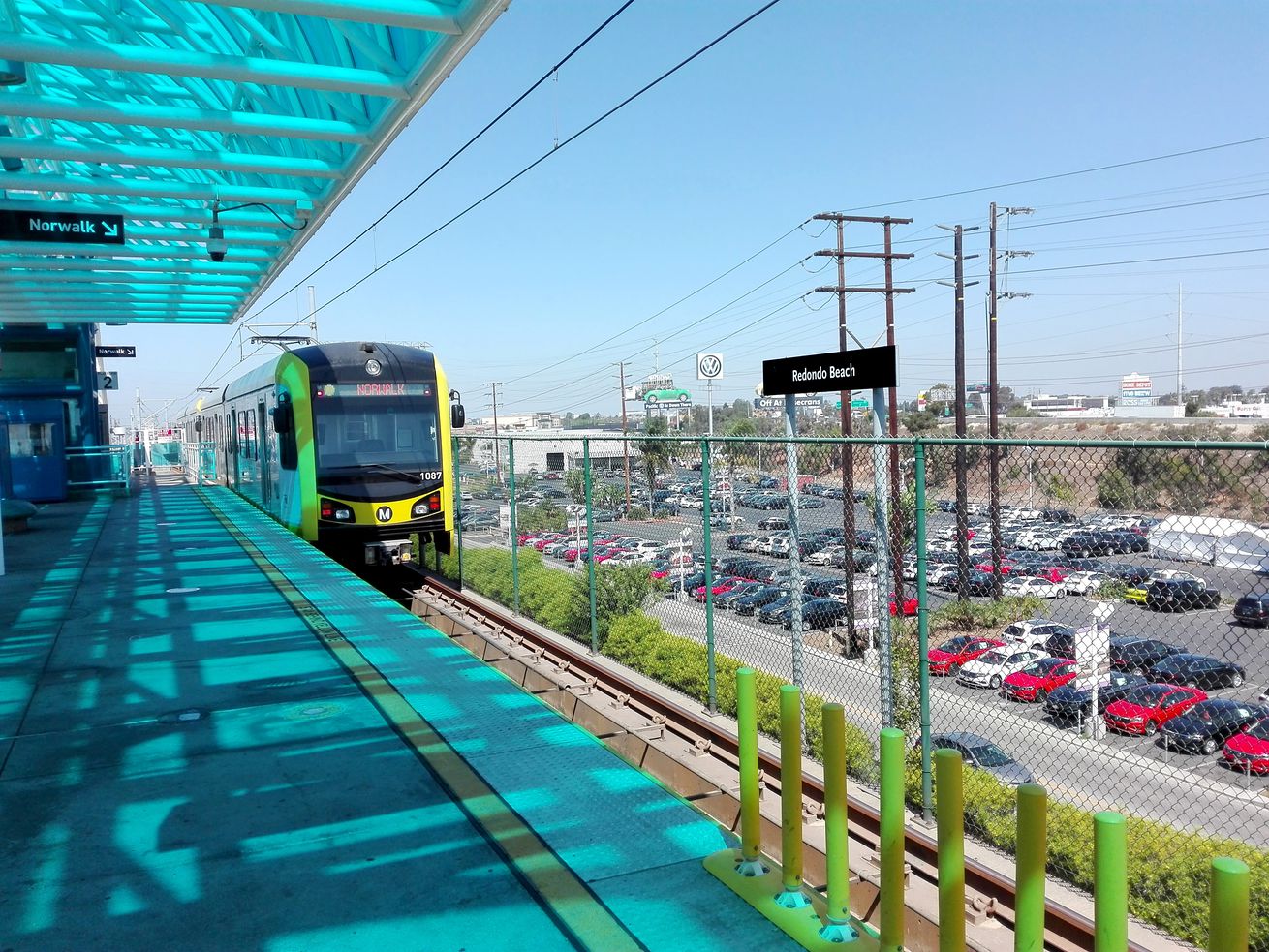 The two lines will link up once the Crenshaw Line opens

A portion of Metro’s Green Line will shut down in early January to allow for upgrades that will allow trains to run from the Green Line to the forthcoming Crenshaw Line, Metro announced today.

During the shutdown, Metro will “cut in” functions like power and train control and communications that will allow for trains to seamlessly move between both lines. The Green and Crenshaw lines will eventually share trains, linking up just south of LAX once the Crenshaw Line opens in the summer of 2020.

The closure will extend from the Crenshaw station to the Redondo Beach station beginning January 4. Work is scheduled to wrap up by January 20.

Green Line trains will still run between Norwalk and Crenshaw stations on the usual schedule.

Shortly after the Green Line reopens, Metro will begin a much longer-running closure of the Blue Line. The southern segment of the oldest rail line in Metro’s stable will be shuttered for four months beginning January 26, followed by a closure from May to September of the northern portion of the line.

The upgrades to the Blue Line are aimed at speeding up the trip from Downtown LA to Long Beach, as well as improving the line’s reliability.