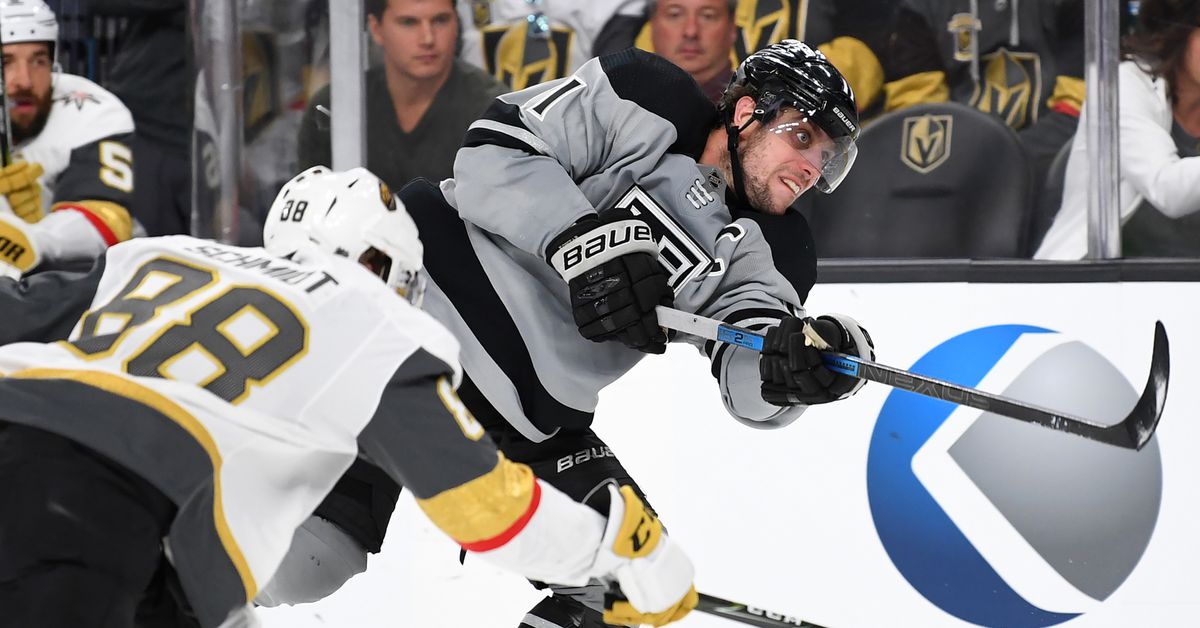 Third Time: Not A Charm, Hopefully

The Kings have had no troubles dispatching the Vegas Golden Knights so far this season, outscoring them 9-4 in their past two games combined. They’re games the Kings have been extra motivated to win, to atone for the embarrassment in the playoffs, perhaps, and also to atone for the general embarrassment of the season-to-date. And on that front, the wins have done their job — four points for the Kings, one for Vegas, and Kings fans leave happy at the end of the night.

Is the winning good for a pursuit of Jack Hughes (or any of the other fluctuating top-three prospects)? Absolutely not. The attitude of “just get in and see what happens” has, of course, gotten the Kings two Stanley Cups, but it’s also depleted their prospect coffers thanks to trades at the deadline for help that was never fully utilized. If the Kings go on a hot streak now, they could be shooting themselves in the foot for Hughes. But it sure feels good to walk away with two points after facing Vegas.

Willie Desjardins doesn’t exactly run the most nuanced of systems on the ice, so it’s possible that eventually Vegas is going to catch on to what he’s doing and figure out how to counter it. Whether or not Vegas figures it out this afternoon, on the road, with the disadvantage on line changes, is a different story.

Jeff Carter practiced on an actual line yesterday, so he looks poised to return. That’s good, particularly since he was playing good hockey with Kempe and Toffoli as his wingers before he had to sit with an undisclosed but apparently minor upper body injury.

Ilya Kovalchuk is on the fourth line, again, because Willie Desjardins hates us and also happiness and also maybe possibly his $6.25 million winger.

No Dion Phaneuf yet. No Alec Martinez. Trevor Lewis, Jonny Brodzinski, and Carl Hagelin are still a way away. Jack Campbell is still in Ontario on a conditioning stint; he stopped 31 of 34 shots in a loss to the San Antonio Rampage last night.

This is the third time this month, and second time this week, that the Kings are playing the Vegas Golden Knights. I literally have run out of thoughts to have on on them.

One. The Golden Knights have had trouble with consistency this year. Some of that may be due to roster issues — key players from last season going elsewhere, injuries, Nate Schmidt’s suspension, the usual — but the point remains that Vegas has had only two stretches where they’ve won more than two consecutive games: a three-game winning streak in October and a five-game stretch in November. They’re still holding down the number three spot in the Pacific (Anaheim is coming up behind them with 43 points to Vegas’ 46) but over their last 10 games, their record is 5-2-3. The Kings, for comparison, are 5-3-2.

Two. The “Brandon Pirri, All He Does Is Score” train continues; he’s got five points in four games and is playing for a coach who already knows him and trusts him on the ice. That’s key for Pirri, who has cycled through several teams over his career, never lacking for goal scoring. The knock on his play has always been defense, and, perhaps, being a bit too selfish with the puck. Not to get too inside baseball here, but my other hockey gig involves covering the Chicago Wolves, Vegas’ AHL affiliate, and I’m also more than familiar with Pirri from his time in the Chicago Blackhawks’ system. The negatives to his game aren’t an exaggeration, but it’s clear that he’s bought into the systems in place on the Wolves, which emphasize the same sort of up-tempo, next-man-up atmosphere in place in Vegas. Even from last season to now, there’s been an evolution in his game to be more consistent; I’ve noticed far fewer instances of him floating on ice or keeping the puck when a teammate might have a better shot. At nearly 28 years old, he’s out of “legitimate prospect” territory, but if he keeps scoring, and keeps getting put in a position to succeed — that is, not putting a known offense-first player on a checking line — he could provide some needed depth scoring for Vegas.

Three: Marc-Andre Fleury was hella mad after getting beat by Tyler Toffoli in overtime last time.

In pre-game media availability, however, Vegas forward Alex Tuch hinted that it might be Malcolm Subban between the pipes today.

Alex Tuch said the Knights need to play better in front of “Sub” today. “He deserves it.” So there’s a hint about the starting goaltender today.

Vegas plays tomorrow against the Arizona Coyotes, who are technically, standings-wise, slightly better than the Kings, so Vegas may be saving their starting goaltender for that matchup. Subban, who we actually expected to take the net in the last matchup between these teams, is still looking for his first win of the season.