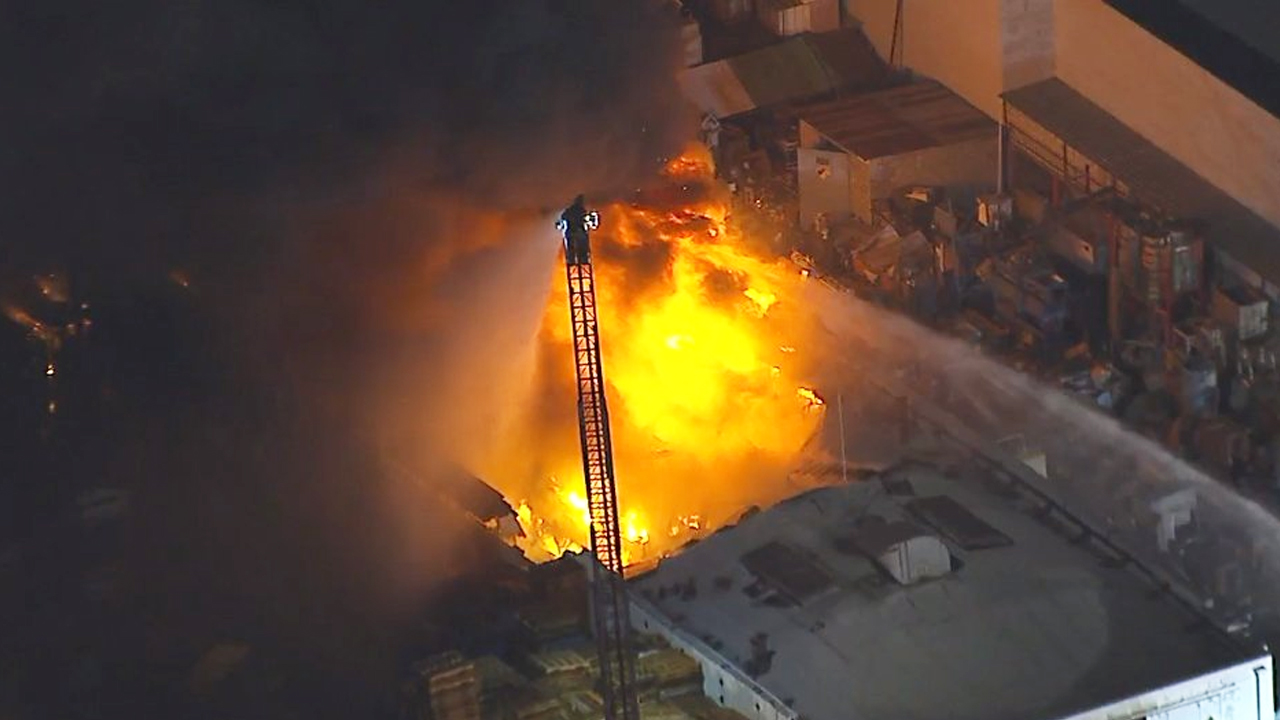 A fire ripped through a commercial building in the Central-Alameda area south of downtown Los Angeles early Friday morning.

The blaze broke out around 5:30 a.m. on East 41st Street near South Alameda Street. The fire was seen bursting through the roof of the 5,000-square foot building.

More than 100 Los Angeles Fire Department firefighters worked for 90 minutes to put out the blaze. Crews were on defensive mode to surround and drown the fire.

There were no reports on any injuries. The cause of the fire was under investigation.