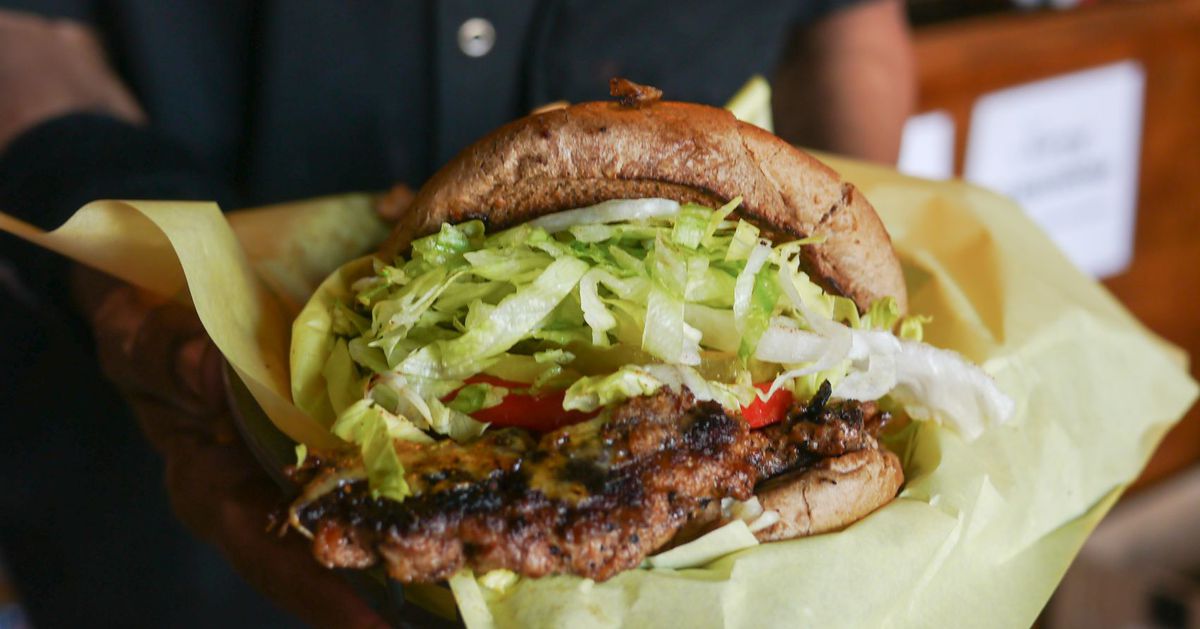 Here’s a rather odd one: It seems that Mo Better Burgers, the once-popular Mid-City burger stand, is back from the dead. Except in the South Bay. Well, sort of.

Okay, here’s the breakdown. Just this month a brand new restaurant popped up down in Hawthorne, carrying the name Mo Better Burgers South Bay. There’s a Facebook page and an Instagram page up for the company now, along with an address and a phone number. Eater was able to speak with Malachi Johnson, who says that he was given the blessing to open by former Mo Better founders Eve Fouche and Tami Bennett. Johnson was also given the recipes and techniques along with the name. Eater reached out to Fouche and Bennett to confirm, but so far hasn’t heard back.

Regardless, this new Crenshaw Boulevard location opening is just the latest in a long line of odd curveballs from the company. First there was the 2012 reopening of Mo Better (formerly known as Mo Better Meatty Meat Burgers) after nearly 15 years away, in a new strip mall location on La Brea. Then in early 2018, the company asked for a cool $300,000 in crowdfunded money to explore expansion opportunities, but fell well short, raising less than $6,000 in total. The restaurant quietly closed last year.

And so now there’s Mo Better Burgers South Bay, landing in Hawthorne to much surprise. New owner Johnson has not listed hours of operation publicly, and both the Facebook and Instagram accounts are only a few days old. Still, it seems that swinging through the new corner location could, in fact, produce those same proud burgers as ever before. Maybe.