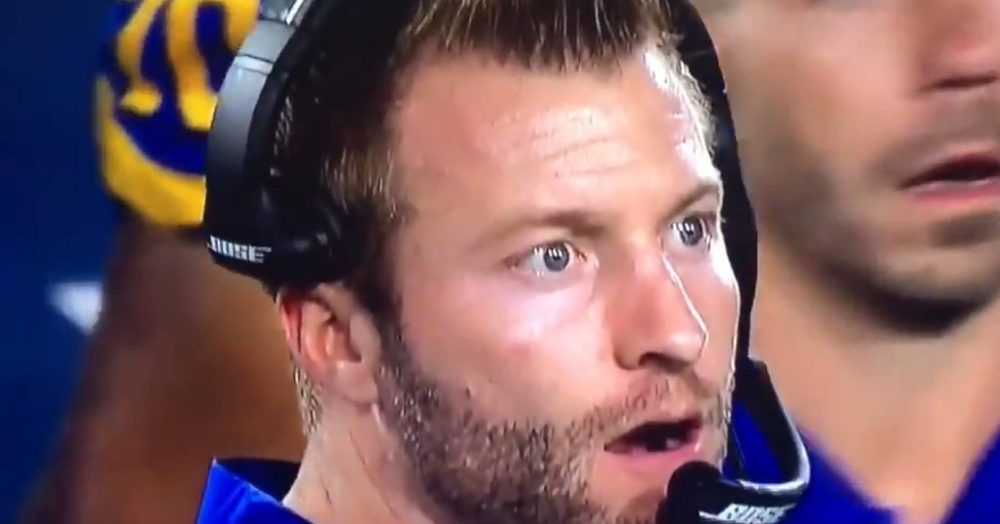 With a flurry of acquisitions this spring, the Los Angeles Rams firmly pushed all of their chips to the center of the table for Super Bowl 53. They weren’t shy about it either, relishing in the media attention that it brought the team.

Nine months later and the 2018 Rams are at a crossroads that their 11-3 record fails to portray. The combination of consecutive losses, injuries, and poor play by key players has us rightfully questioning the Rams viability as a legitimate Super Bowl contender this season.

Me? I’m looking at the bigger picture. I’m questioning whether the window that Les Snead and the Rams front office opened this spring is already closing on Sean McVay.

Father Time and the OL

The Rams offense is built on the backs of the offensive line. When they are playing well, Todd Gurley has gaping holes to run through and Jared Goff’s jersey is clean at the end of the day. When they aren’t, the offense gets ugly in a hurry.

The OL isn’t getting any younger either. The average age of the Rams starters is 30.4 and 4 of those 5 are not under contract past 2019. The Rams have rebuilt their OL several times in recent years, but the coming re-work is going to have a profound impact on the future of the franchise.

If the Rams can’t seamlessly rebuild the unit over the next 15 months, they could see Goff permanently devolve into what we’ve seen over the course of the Rams last two losses – which would close the Super Bowl window as emphatically as it was opened this spring.

Yes, I’m aware that the bottom half of most NFL rosters turns over from year to year.
No, that’s not what I’m referring to here.

Take a look at the list of starters who will be looking for new contracts soon.

That’s half of the Rams current starters that are coming due for contracts, plus a couple of specialists to boot. That’s a double edged sword. It gives the team a TON of financial flexibility, but also puts the pressure on the front office to retain the right players.

You simply can’t pay Aaron Donald AND Ndomukong Suh AND Marcus Peters AND Lamarcus Joyner. That’s not even considering Jared Goff or the aforementioned OL rework that needs to happen.

Some of these decisions will be easier than others. Suh was clearly brought in as a mercenary for 2018. The same could be said for Talib if the Rams decide to cut him loose after the season. Peters probably deserves a deal, but the Rams track record with paying DBs is…. not great.

So not only will Les Snead and Co. have to retain the right players to form the core of this team, they’ll have to do it while simultaneously rebuilding the OL and figuring out if Goff is worth $25-30M per year.

That won’t be an easy task.

We’ve reached the elephant in the room. Who is the real Jared Goff?

Until a few weeks ago, we were all certain that Sean McVay had him on a path to be an elite NFL QB – or at least close to it. As Goff returned to his mistake laden form that he showed as a rookie, we’re left to ponder whether the last few weeks are an anomaly or the beginning of a trend.

I don’t need to tell you that Goff’s been bad since the bye week. You already know that. But I can honestly say that I’ve been concerned about Goff’s accuracy for most of the season. It’s little mistakes like not leading a receiver enough, or slightly missing a window. Timing being off or mis-reading a defense and missing a potential explosive play.

Those kinds of mistakes aren’t critically analyzed when you’re scoring 30+ points on a regular basis. They’re still worth noting, but since the offense was achieving the desired outcomes… it was largely dismissed as a weakness of Goff’s and not a damning critical flaw.

These issues become exacerbated and a much bigger detriment to the team when Goff is under pressure. When he is consistently put under pressure, Goff has been horrid. He makes bad decisions, becomes inaccurate, and costs the Rams football games. With the Rams OL inevitably getting a rebuild in the next couple of offseasons, this is extremely concerning to me.

The Rams will undoubtedly pick up Goff’s 5th year option in a few months, buying them another year to determine whether he is the long-term answer for the franchise. And while the front office will play a significant role in forming the Rams future, the Rams franchise QB is ultimately who will determine how long this window will be open – for better or worse.