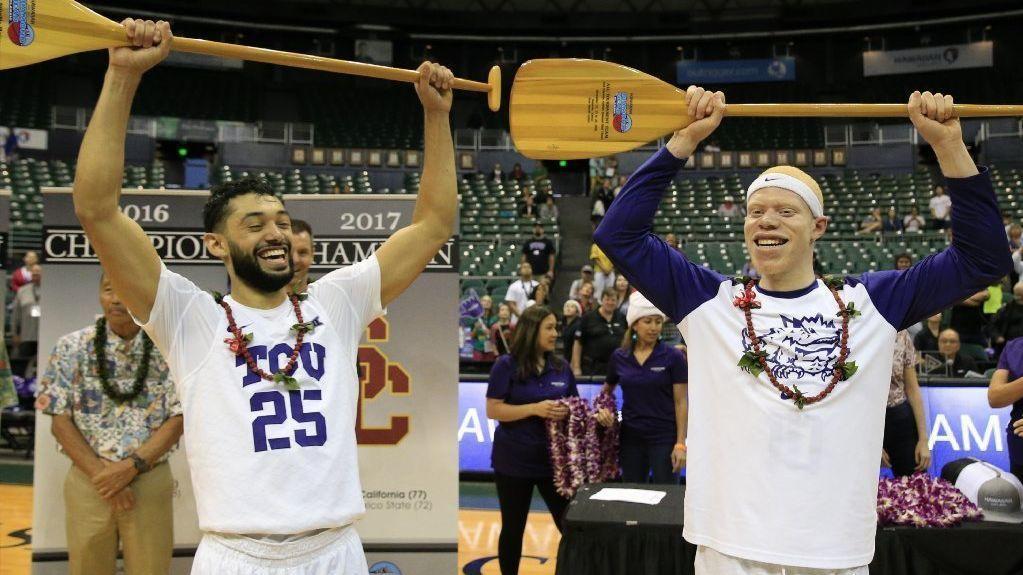 Alex Robinson had 15 points, eight rebounds and four assists, and Texas Christian withstood a late rally to beat Indiana State 83-69 on Tuesday night in the championship game of the Diamond Head Classic in Honolulu.

TCU led 40-30 at halftime behind a balanced scoring attack as nine of the 10 Horned Frogs who played scored. TCU had its first double-digit lead with 3:23 left in the first half and Indiana State wasn’t able to get closer than eight points the rest of the game.

TCU was ahead by 22 points with 9:38 remaining but didn’t make another field goal for nearly six minutes as Indiana State went on an 11-0 run to pull to 71-60. But Robinson scored six points during an 8-0 run to seal it.

JD Miller had 12 points, 11 rebounds and four assists for TCU (11-1), which won its eighth straight. The Horned Frogs will stay in Hawaii to face Hawaii Pacific on Friday.

Bucknell 97, UNLV 72: Jimmy Sotos had 14 points, five rebounds and a tournament-record 12 assists to pace five Bucknell starters in double-figure scoring, and the Bison beat UNLV 97-72 to claim third place at the Diamond Head Classic. Bucknell (6-6) was 14 of 25 from three-point range and shot 57.8% overall, while UNLV was four of 25 from long range. Joel Ntambwe had 13 points and seven rebounds for UNLV (6-6).

Hawaii 68, Rhode Island 60: Zigmars Raimo scored 19 points, Drew Buggs had 12 points and eight rebounds, and Hawaii beat Rhode Island 68-60 in the fifth-place game at the Diamond Head Classic. Brocke Stepteau of Hawaii (8-5) dribbled around a double team at the top of the key, drove the lane and finished in traffic for a 62-58 lead with 54.6 seconds left. Rhode Island (6-5) managed only one basket the rest of the way.

Colorado 68, Charlotte 53: Lucas Siewert scored 17 points, freshman Daylen Kountz added 12 and Colorado beat Charlotte 68-53 in the seventh-place game of the Diamond Head Classic. Colorado (9-3) trailed by eight points with 5:20 left in the first half but closed on a 19-2 run for a 35-26 lead. Charlotte (3-8) was held to just six points in the first six minutes of the second half.