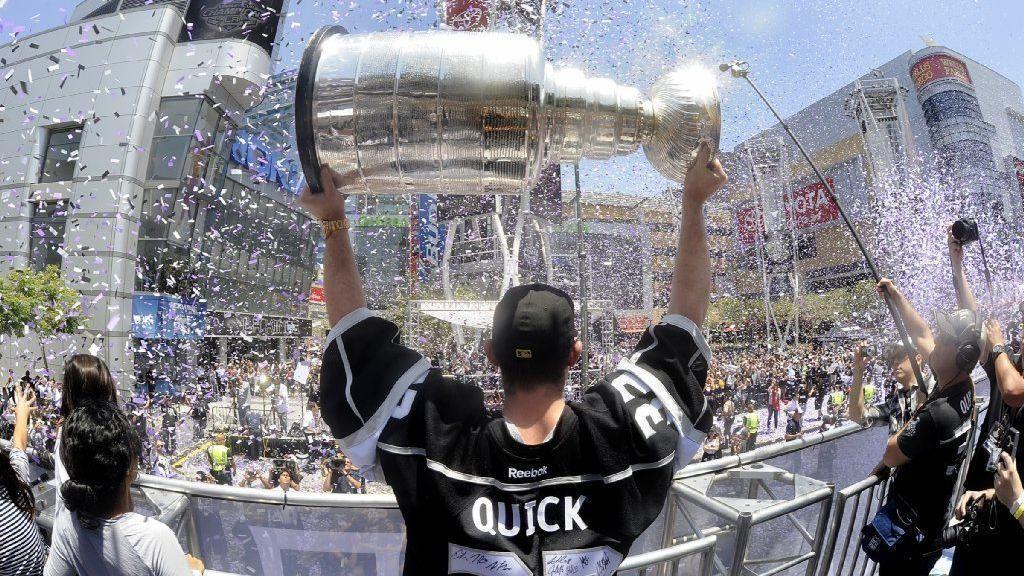 Bob Crocker, a former scout for the Kings and the New York Rangers and former assistant general manager of the Hartford Whalers, died on Saturday. He was 90. No cause of death was given. Crocker, who was based in the Northeast, also coached in the college ranks and in the American Hockey League.

Crocker was on the Rangers’ staff when they won the Stanley Cup in 1994 and was working for the Kings when they won the Cup in 2012 and 2014. He’s also credited with recognizing the talents of goaltender Jonathan Quick and ensuring that Quick signed with the Kings.

“The L.A. Kings are saddened to learn of the passing of Bob Crocker,” the club said in a statement. “Mr. Crocker – affectionately known as ‘the Dean of New England scouting’ – served as a Kings scout for more than a decade, and in 2015 he was recognized with the Lester Patrick Trophy for outstanding service to hockey in the United States.

“In addition to his decorated hockey resume, it was Bob’s incredible passion for the job and his attention to detail that were just two of the numerous attributes his friends and co-workers marveled at, along with his kindness and compassion for everyone he encountered. Our organization extends its deepest condolences to the Crocker family.”