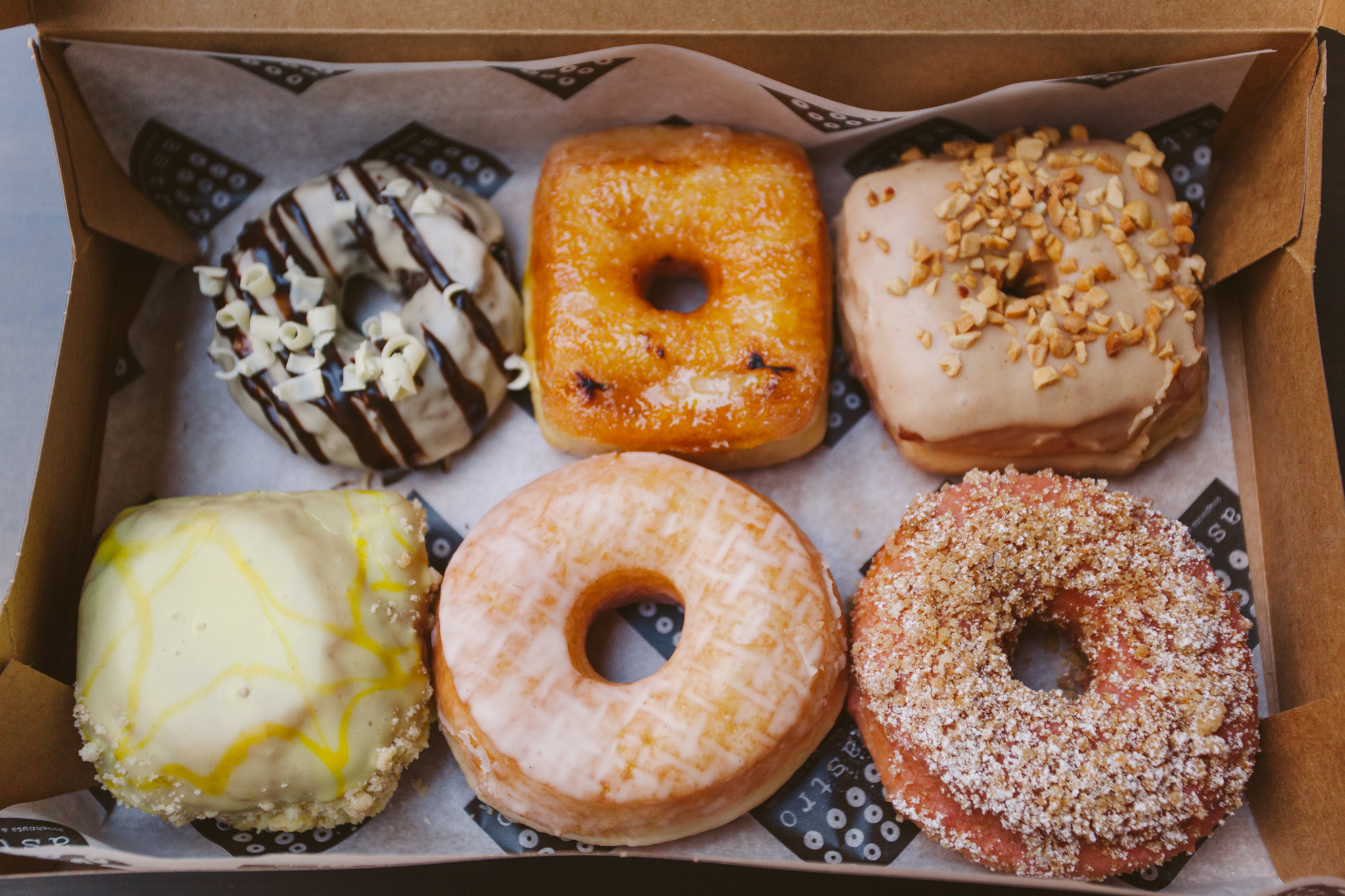 Known for its gourmet—and oft-rotating—flavors like crème brûlée, grapefruit, PB&J and pear-ginger crumble, Astro is the best of all possible fried worlds: artful, delicious doughnuts, plus a full menu of fried chicken sandwiches, wings and pieces. In early- to mid-February, Astro will open up shop in the former Books and Cookies space on Main Street and start slinging its doughnuts and fried chicken, not to mention a new menu of locally-sourced beer and wine—complete with cheeky doughnut and chicken pairing suggestions.

Much like its space in the heart of DTLA, the new outpost will offer a glassed-in kitchen, allowing you to see just how the fried, stuffed, torched and daintily decorated doughnuts get made. Unlike the DTLA space, Santa Monica’s got a whole host of additions, including a bulb-lit patio.

You’ll also be able to find sides—we’re talking biscuits and kimchi slaw—and vegetarian options on the all-day menu, plus coffee and an all-new doughnut: one made with cannabinoids, or CBD.

On opening day, there’s also a giveaway for a year’s supply of doughnuts—because if you’re anything like us, you can’t get enough of them. (So if you win, maybe slide us a few?)