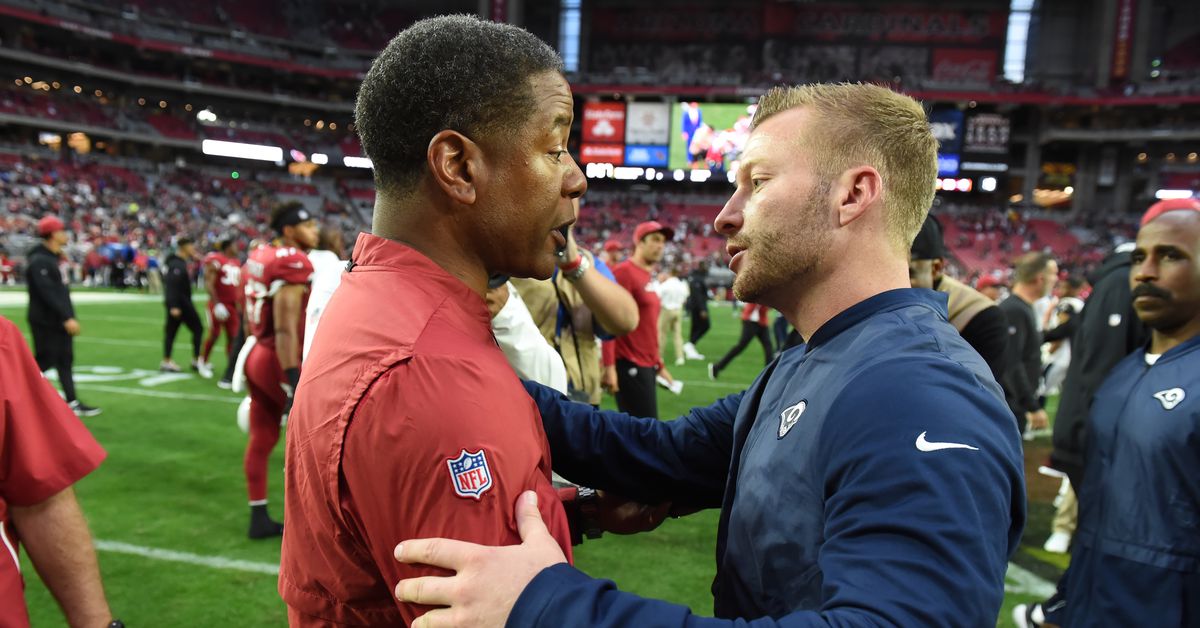 Black Monday is notoriously ugly for NFL coaches on the hot seat, and 2018 has proven to be no exception. Including the two vacancies that were created during the regular season (Green Bay Packers coach Mike McCarthy and Cleveland Browns coach Hue Jackson), there are currently 8 head coaching openings across the NFL.

With Sean McVay’s success in his first 2 years, it was only a matter of time before teams started looking at the Los Angeles Rams coaching staff to fill their vacancies. The Arizona Cardinals are looking to find a head coach for the second consecutive offseason after firing Steve Wilks. They’re reportedly looking at Rams QB coach Zac Taylor to fill that spot.

Given the Rams offensive success under McVay, it’s no surprise that his offensive staff will get looked at not only for head coaching gigs, but also for offensive coordinator positions for new hires across the NFL in the coming weeks.