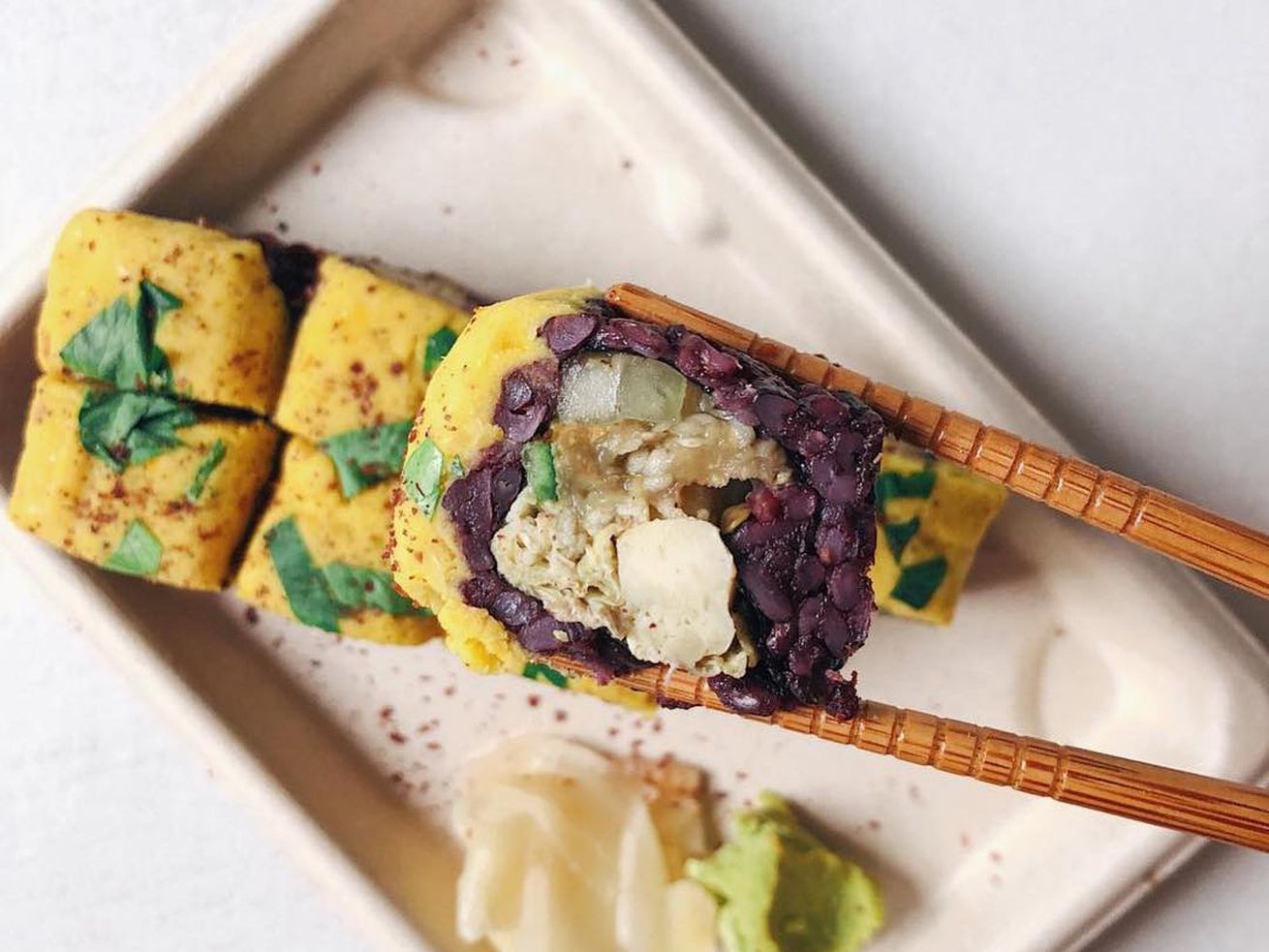 Some serious all-vegan sushi could be coming soon to Los Angeles, reports Food & Wine. New York City’s Beyond Sushi is eyeballing a big expansion along the West Coast after securing $1.5 million on the hit television show Shark Tank, which means more vegetable and fruit-based faux fish for all. There are no official locations announced just yet, but owner Guy Vaknin says three or more are possible within the next year.

The Central Coast’s Santa Ynez Valley continues to be a prime destination for travelers looking to escape the city. TimeOut has a list of great places to enjoy, from Good Seed Coffee in Solvang to the classic Hitching Post.

The Long Beach Post has more details on the 4th Horseman opening down in Long Beach, including an incorporation of the weeks-old restaurant into its year-end list of best new restaurants. Other options include Ammatoli on E. Third St., and Cambodian-leaning Chinitos Tacos.

There is a new beer and pizza joint in town that is serving both quality local brews with deliciously tasty pies in an environment that dances with the dark side. From the minds of Ryan Hughes and Martin Svab, and with the help of Dark Art Emporium owner Jeremy Schott and Chef Adam Schmalz we present to you @the4thhorsemanlbc ! Read more, link in bio.

KCET is out with a big primer on the history of Thai food in Los Angeles, as part of their collaboration with Life & Thyme on the show The Migrant Kitchen. Most of the modern history of Thai restaurants started close to 50 years ago, thanks in large part to the Immigration and Nationality Act of 1965.

The New York Times travel section did a hotel check-in on Downtown’s Hotel Figueroa recently, and they came away only mildly impressed with the redone space. While the writer is fond of the hotel’s new incorporation of the property’s important feminist past, they find it hard to look past a “disaster” of a breakfast service and an up-and-down dinner inside Breva.

Checker Hall is doing a fun dinner next month with musician Henry Jamison. The $50 event is being put on by the Wild Honey Pie pop-up team, and includes a performance as well as three dinner courses and plenty of alcohol.

Local legend Primo’s Donuts is hoping to expand to Venice next year, and they’re asking for some seed money from the public to get them over the finish line. In a new Kickstarter video, owners Ralph and Celia Primo expound about how they came to run one of the city’s most beloved shops, and promise great things for those who pledge — including a dozen doughnuts for a year, or for a lifetime.