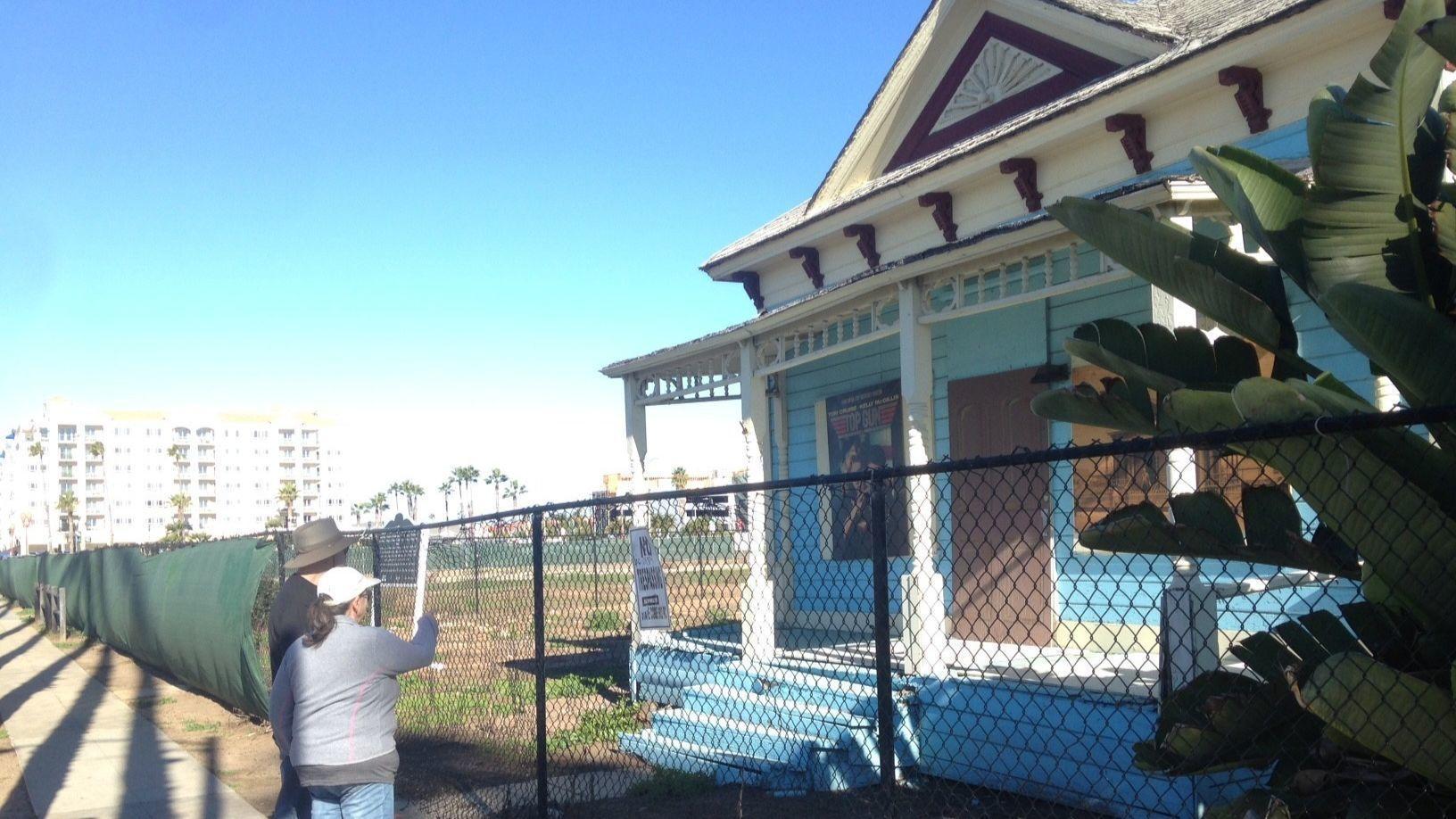 Two of what would be Oceanside’s tallest, largest and most luxurious hotels soon may go up on a pair of vacant lots overlooking the city’s downtown beach and pier, an area that’s long been a popular tourist destination.

“It’s a matter of weeks, not months” until construction begins, said Jeremy Cohen in the San Diego office of developer S.D. Malkin Properties.

“I don’t want to put a jinx on it, but we are very close,” he said Wednesday. “If I had an exact date I would tell you.”

Final details are being ironed out on a three-party agreement between Malkin, the city of Oceanside and Denver-based Two Roads Hospitality, Cohen said. Two Roads, which was acquired by the Hyatt Hotels Corp. in November, operates high-end resorts across North America and Asia, including L’Auberge in Del Mar.

The two-block site in Oceanside is bisected by the western end of Mission Avenue, with boundaries at Pacific and Myers streets, Pier View Way and Seagaze Drive.

A destination resort has been planned for the site since Oceanside formed its redevelopment agency in the 1970s. The city has courted developers interested in building there since the 1980s.

The current deal, expected to close escrow in days, sells Malkin the entire two blocks for $1.5 million, a bargain for the developer.

The City Council voted 3-2 in 2001 to spend about $3.6 million to buy the property, which at the time was 24 separate lots occupied mostly by old, small, single-family homes. The area was considered “blighted,” and the city acquired some of the lots through eminent domain.

In addition to the low-cost deal for the land, the City Council approved a $13.6 million subsidy in 2014 for the resort, primarily in the form of a rebate on transient occupancy tax to be spread over its first 15 years. The so-called “room tax” is added to the rate charged to hotel guests.

City officials say the benefits of the resort will far outweigh the costs to taxpayers.

“As a four-star destination resort, it will attract a new visitor segment to Oceanside and will bring new patrons to downtown,” Assistant City Manager Deanna Lorson said by email Wednesday.

The high-end beachfront resort will bolster Oceanide’s image as a tourism destination, create new, permanent jobs, and boost business throughout the area’s downtown retail and visitor-serving communities, she said.

“The project is projected to generate $30.7 million in revenue to the city in its first 15 years, and create 225 full-time and 55 part-time jobs upon completion,” Lorson said.

Malkin already has an approved grading permit and is obtaining building permits so that construction can begin soon after escrow closes, Lorson said. Completion is expected to take about two years.

Both hotels will face Pacific Street and the ocean, one on the city block north of Mission Avenue and the other on the block south of Mission. The southern hotel will be six stories tall with 226 rooms, and the northern building will be seven stories, with 158 rooms and a restaurant on the top floor.

“There are very few full-service hotels on the (San Diego County) coastline that offer ballrooms and large meeting facilities,” Cohen said. “That is one thing that will be unusual. The scale of interior design and quality is something you don’t see often on the coastline.”

The nearby Oceanside Transit Center is another benefit for the resort, he said.

“You can literally step off the train and walk to the hotel,” Cohen said. “It’s probably the best rail access to a hotel anywhere. It’s very green and in tune with mass transportation.”

Oceanside chose Malkin from a field of three finalists with proposals for the property in 2005. It was Oceanside’s fourth try in 25 years to land a luxury hotel for the site.

One of the previous proposals was a 12-story project by San Diego hotel magnate and onetime Union-Tribune owner Doug Manchester.

Manchester’s plan included closing parts of three streets, including Pacific, to vehicular traffic. That and the overall huge scale of the proposal created controversy and opposition.

In 2003, the Oceanside City Council voted to pay Manchester $2.2 million to settle a $15 million lawsuit he filed against the city after the Coastal Commission failed to approve his plan.

Malkin’s plan was more widely accepted, but it too hit some rough waters.

The Great Recession slowed many developers, including Malkin, and the city has granted multiple time extensions over the years for the company to obtain financing for the project.

Also, a group called San Diegans for Open Government filed a lawsuit in 2014 claiming the city had violated the state’s open meeting laws when it awarded the subsidy. The lawsuit was resolved in the project’s favor in early 2017.

“Coming soon” signs went up recently on the property and boosted the long-simmering interest in the site.

The time is right for construction to begin, Cohen said. The nearby Coast Highway corridor and beachfront areas have been revitalized, and new multi-story buildings with a mixture of residential and retail uses are going up on nearby blocks.

“Oceanside has a wonderful fabric that has seen a tremendous renaissance in the last couple of years,” he said. “It’s become a great place to live, work and dine.”

Adding to the lure and lore of the location is the presence of the Graves house, a little blue cottage built in 1887, now more widely known as the “Top Gun” house for the 1983 hit movie starring Tom Cruise and Kelley McGillis. Fenced off and boarded up, it’s the only structure remaining on the property.

“The Top Gun house will be moved off the site during construction,” Cohen said.

The building will be restored to historical standards and returned to the property as part of the hotel, on the block north of its present location, probably to become a boutique ice cream parlor open to the public.

Two Roads Hospitality is the new kid on the Oceanside blocks. The hotel and resort management company formed in 2016 with the merger of Destination Hotels and Commune Hotels and Resorts.

Two Roads announced its partnership with Malkin in January 2018, with plans to design and operate the two halves of the Malkin resort — one as a Destination Hotel and the other as a Joie de Vivre Hotel.

“The city of Oceanside has seen an enormous culinary and artistic resurgence, with significant economic growth and redevelopment in recent years,” said Jamie Sabatier, CEO of Two Roads Hospitality.

The Joie de Vivre Hotel on the northern block will include a ground-level restaurant, a coffee house, cafe and market, a fitness center, 3,000 square feet of street-front retail, and an indoor-outdoor roof-top pool and bar.