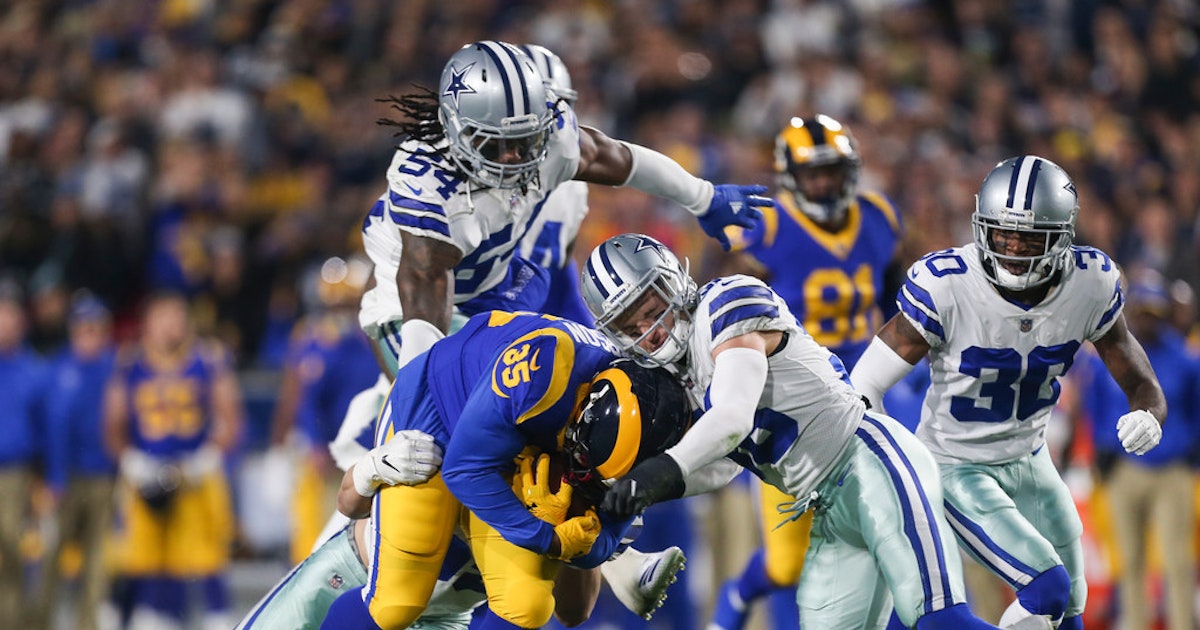 Here are my thoughts on the Cowboys losing to the Rams 30-22 on Saturday night at Los Angeles Memorial Coliseum:

1. If you’re an elite defense, you can’t let any team run all over you like that. It doesn’t matter how good their offense is. The Rams did whatever they wanted on the ground all night. At halftime, Dallas had given up 170 rushing yards. This is a defense that limited opponents to 94.6 rushing yards per game during the regular season. Each of the Rams’ running backs, Todd Gurley and C.J. Anderson, went over 100 yards on the ground. It really doesn’t matter what else happened in the game — you’re not going to beat any team playing that poorly. It’s usually not a good sign when the opponent doesn’t have to punt once until the final minutes of the third quarter.

2. The Rams entered the postseason allowing a league-worst 5.1 yards per carry. Ezekiel Elliott averaged just 2.7 on Saturday. The Cowboys will usually go as Elliott goes. When he doesn’t have much room to run and the defense isn’t getting stops, it’s a recipe for a complete disaster. Elliott has a track record of coming up big in postseason games, but he managed just 47 yards on 20 carries against L.A.

3. Dak Prescott again showed some gutty play. Just like the divisional-round game against Green Bay in 2016, Prescott made plays to keep it a game when a blowout looked like a real possibility. He didn’t turn the ball over and he made some big throws. I would have liked to see him run a little more. If you don’t like him being the Cowboys quarterback, you should find another team to root for. He’s not going anywhere anytime soon.

4. Is it possible that Jason Garrett is to the Cowboys what Tony Dungy was to the Buccaneers? Garrett does a great job of getting his team to buy into his message. He’s great during the week at keeping the team on task. His players play for him. They’ve never quit on him. But he hasn’t shown any reason to believe he can win enough in the playoffs to get the Cowboys another Super Bowl. Dungy did a great job in Tampa Bay. He built the team that eventually won a Super Bowl. But Jon Gruden provided what was missing.

5. Where do the Cowboys go from here? There will be plenty of time to address every personnel move Jerry Jones and Co. will make over the next few months. Changes to the coaching staff are likely. Garrett isn’t going anywhere, but the same may not be said for his coordinators. Kris Richard could be elevated to defensive coordinator. Scott Linehan could be replaced. I don’t see much changing personnel-wise. They have a young nucleus. They won’t be a major player in free agency other than trying to lock up their own. That starts with defensive end DeMarcus Lawrence.