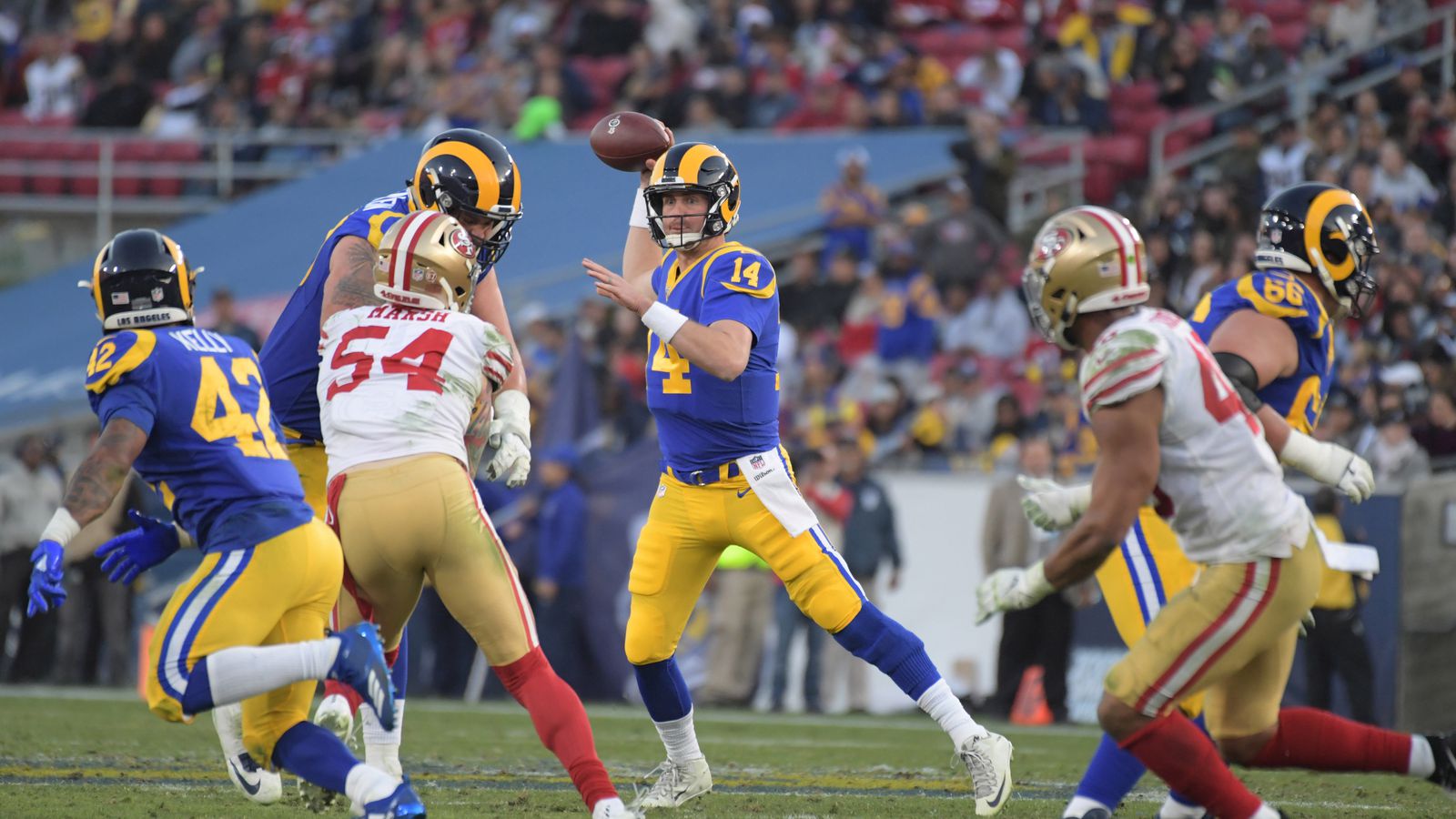 What were the Los Angeles Rams doing on fourth down?

If you don’t know at all what this is in reference to, I’m going back to their second to last offensive drive of Sunday’s game against the San Francisco 49ers. 49ers tight end George Kittle was gearing up to get his final nine yards to notch the single-season record for most receiving yards. The 49ers got a third down stop on the San Francisco 47-yard line. Fourth and four, obvious punt situation. Right? Right?

Maybe, until I look at the screen and see Sean Mannion and the offense out there and John Kelly lining up in the backfield. The punting team wasn’t coming on.

At first glance it seemed like Mannion was making a last-ditch effort to draw the 49ers offsides and get a first down. Doing so would have maybe iced the game (considering the 49ers got the ball back for a kneel down there may have been a bit more time). Instead, Kelly took a handoff and got drilled by Antone Exum. George Kittle took over and you know what happened next.

But what the hell was that?

Look, I am a full member of, “If you don’t like it then stop it.” Back during the Thanksgiving game while everyone complained about the Seattle Seahawks eating Thanksgiving turkey on the 49ers’ seal, I said the 49ers should have done something about it on the field. Well Exum did just that and deserves praise for blowing the Rams’ party-pooper intents up. On the same token, why, Rams? Was that a situation the Rams game-planned going for it on fourth down? Or were they just trying to be ‘cheap’ as we say for fighting games and not let Kittle have his shot at the record?

It gets more interesting with their play-calling after the record had been set. A run play, two kneels, and a punt. Yes, a punt.

What, the previous series didn’t want any of that conservative play? Or after the record got set you had nothing else to hold over the opposition?

The 49ers took care of business. Well, if you want to call it that. While Kittle made history, the team lost. Bad. There’s no denying that game was awful, but did you agree with any of those Sean McVay calls towards the end?

There’s all these unwritten rules in sports. For instance, in baseball when a pitcher is about to throw a perfect game, if a batter bunts with one out left in the ninth inning, you hear about it all the next day on how it was bush-league.

Was this bush-league? I don’t know. I just write about the 49ers. It did seem a bit questionable that the Rams would go for it with such a sizable lead, but I get it. I just don’t get why if they were getting aggressive, they didn’t do the same thing on the next drive rather than kneeling—in order to punt. I’m not saying they should lay down and let Kittle get the nine yards, and they certainly didn’t when he was clocking fools enroute to a 43-yard touchdown run. It certainly raised my eyebrow seeing the aggressive play call and exact opposite on their next drive.

Where do you come out on this? Should the Rams have gone for it there? Was that a bit low to attempt to keep Kittle from getting the record?