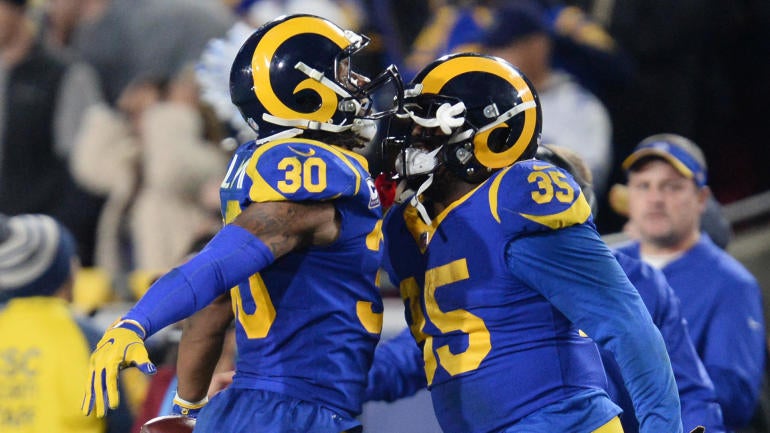 The last time the Rams won a Super Bowl, they were decked out in bright yellow and blue.

The next time the Rams try to win a Super Bowl, they’ll be decked out in bright yellow and blue.

On the heels of its 26-23 win over the New Orleans Saints in Sunday’s NFC Championship, Los Angeles has announced that it will be wearing its throwback uniforms in Super Bowl LIII, marking the seventh time the team will have worn its classic threads this season.

Since returning to Los Angeles from St. Louis in 2016, the Rams have re-embraced the color scheme they owned from 1973-1999, using the yellow and blue jerseys for six different home games — including their divisional round win over the Dallas Cowboys — in 2018. One of the last times the traditional design was used as the Rams’ main uniform, the team captured Super Bowl XXXIV as “The Greatest Show on Turf.”

More on the NFL

The Rams’ base colors remain a darker blue, gold and white, but special occasions call for special outfits, and there is none more special in L.A. than the throwback. The club was able to choose its jerseys for Super Bowl LIII because the NFC had previously been designated as this year’s home team.

If you still haven’t marked your calendar for the Super Bowl, the game will be kicking off from Atlanta on Feb. 3 and will be televised by CBS and you can stream it right here. If you’re thinking about buying a new TV for the big game, CNET has you covered. They shared their best picks for every budget.