Today’s Black History tribute goes to Willi Smith (1948-1987), considered by some to be the most successful African-American designer in history. 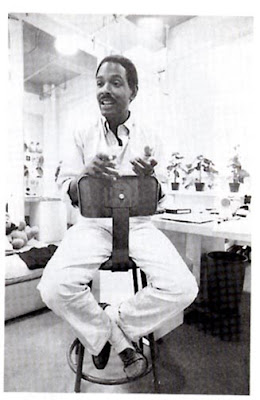 Smith, educated at Parsons and Philadelphia College of Art, specialized in relaxed cotton creations. He began his own line, Williwear, in 1976 which, at its peak, sold $25 million worth of clothing per year. 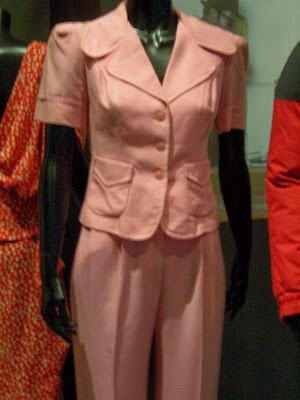 Pantsuit by Willi Smith
Smith won a Coty American Fashion Critics’ Award for women’s fashion in 1983 and a Cutty Sark Menswear Award in 1985. 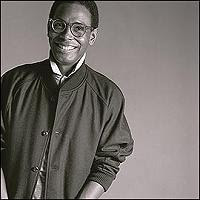 During his career, Smith designed the suits for Edwin Schlossberg and his groomsmen for his marriage to Caroline Kennedy in 1986 (there go those Kennedy’s again) and also designed clothes for Spike Lee’s film School Daze.
Willi Smith died unexpectedly of AIDS at the age of 39.
A flute of champagne to a true design legend, Willi Smith!