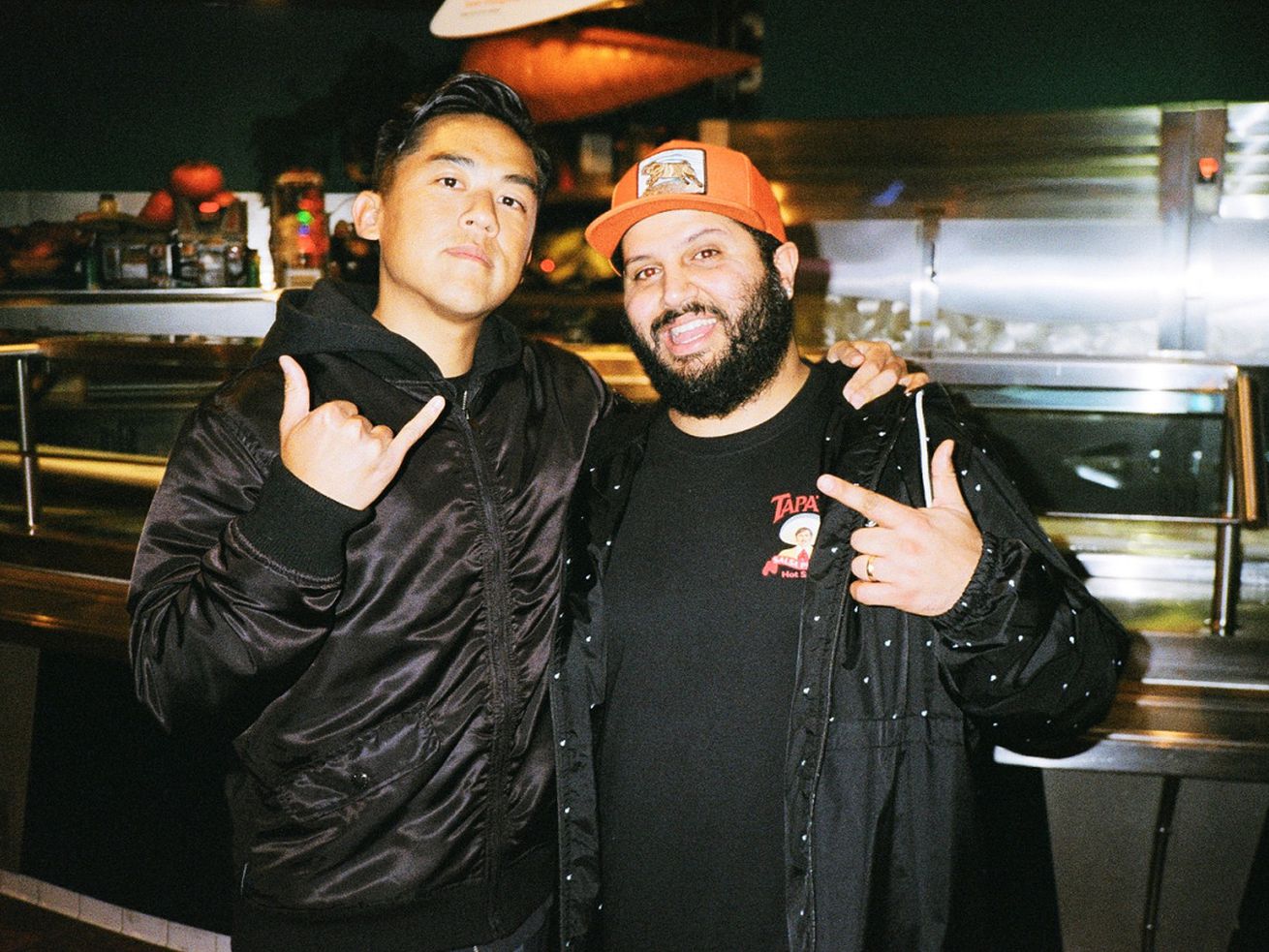 Bobby Kim and Ben Shenassafar from the Hundreds | The Hundreds

Family Style Food Fest from the Hundreds goes down next month, right on Fairfax

In the age of dining nostalgia pop-ups, faux museums, and one-off charity events, a new food festival hopes to make a name for itself by offering chefs and restaurateurs to chance to collaborate with one of LA’s best streetwear brands. Fairfax streetwear company The Hundreds is putting on the new Family Style Food Fest on September 15 with food connections all over the city.

The plan for Family Style Food Fest is to go beyond the unlimited small dishes popular at other food festivals. Instead, restaurants can pick what they want to serve and sell them directly to those who pay the entrance fee of $40. More importantly, the Hundreds team will collaborate directly with some of the restaurants to create one-off merchandise to sell at the event, like Jon & Vinny’s shirts or Felix Trattoria hats. The one-day event will take place at the Television City Studios lot on Fairfax.

So who else will be cooking? Tacos 1986, Kato, Slab, Madmaash, Alvin Cailan, Yakido from Hong Kong, All Flavor No Grease, Yeastie Boy’s Bagels, Uncle Paulie’s, and many more. Howlin’ Ray’s and a few other surprises will be in the VIP area only, which runs $120. Check out the full list below.

The event also features a bunch of artists and performers, including Kenny Scharf, Mr. Cartoon, Modernica, MadHappy, Them Jeans, and 143 Soundsystem, among others. “With Family Style,” Ben Shenassafer says in a statement, “we are marrying our two loves: streetwear and food, in a way that neither world has witnessed before.”

While the marriage of food and streetwear is nothing new — celebrities have been wearing Uncle Paulie’s hats for a while now — the plan to offer one-off collaborations, as well as throw the whole festival right on Fairfax, feels unique. The first-ever Family Style Food Fest goes down on Sunday, September 15, from 1 p.m. to 8 p.m., with a noon start for VIP ticket holders.