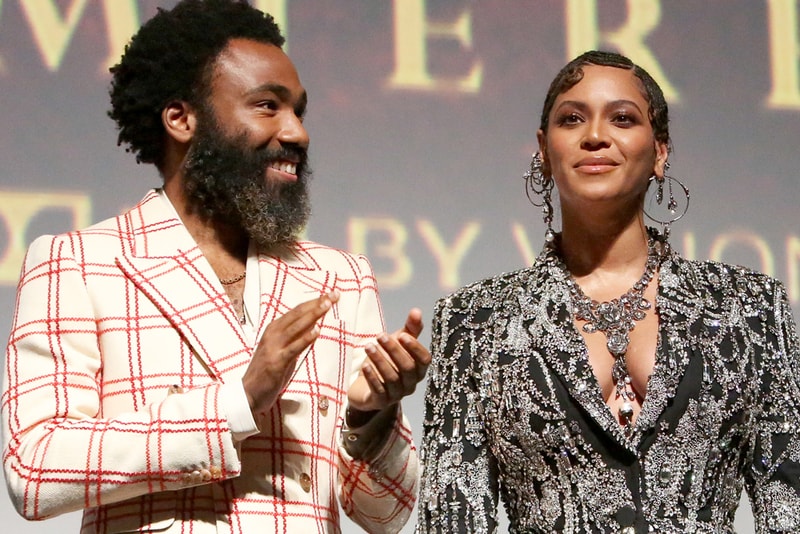 The soundtrack to the highly-anticipated live-action remake of The Lion King was released in full today, featuring a new rendition of "Can You Feel the Love Tonight" with Beyoncé and Childish Gambino, who will respectively voice Nala and Simba in the upcoming movie. Seth Rogen and Billy Eichner (set to play Pumbaa and Timon respectively) join the two artists on the ballad, and also add their touch to an updated version of "Hakuna Matata."

The album includes 19 tracks altogether, including Beyoncé’s recent single "Spirit" from her own forthcoming project, The Lion King: The Gift. There is also a moving new score created by Hans Zimmer, the same composer behind the original film that released in 1994. Chiwetel Ejiofor, who is cast as Scar, brings a convincing, villainous touch on his version of "Be Prepared." Meanwhile, Elton John is also included in the mix, putting a new take on "Never Too Late."

Stream the full Original Motion Picture Soundtrack below, and catch up on Childish Gambino’s sit-down with Jimmy Kimmel to hear him dish about the film.

There has been much buzz around the live-adaptation of The Lion King, which is set to release on July 18, with critics already praising the movie after its Los Angeles premiere on Tuesday. Most recently, it was revealed that Chance the Rapper even had a hand in consulting for the flick.

It is time. The soundtrack to Disney’s #TheLionKing is here with new songs by @Beyonce, @EltonJohn, Tim Rice and score composed by @HansZimmer. See The Lion King when it roars into theaters on July 19th.