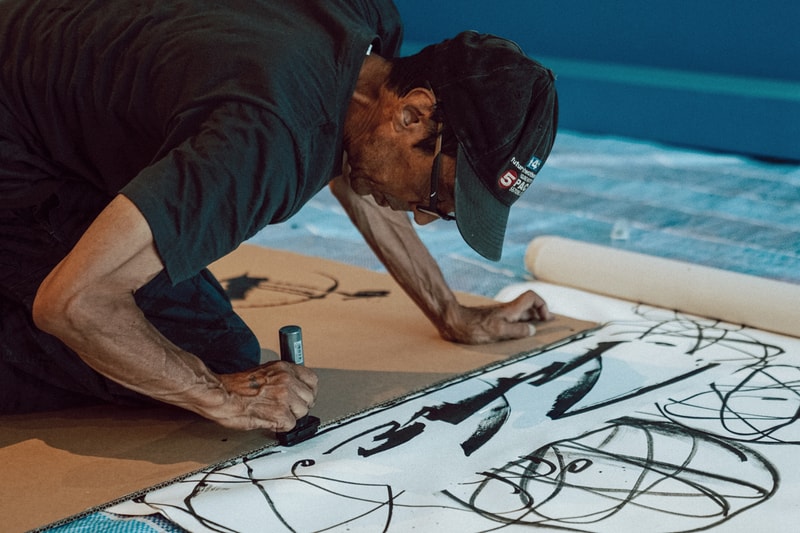 Futura is currently gearing up for his first solo exhibition in Singapore entitled “CONSTELLATION.” The forthcoming presentation will spotlight 30 original works by the legendary graffiti artist. Not to mention, those attending the show will be able to purchase exclusive art editions such as the metallic FL-001 Pointman sculpture, a 150-page catalog for the exhibit, and merchandise up for grabs. Ravenel will soon launch an auction that features works from KAWS, Takashi Murakami, Kongsanji and Daniel Arsham, among others. Named “All In Out of Now,” the forthcoming sale will feature sought-after figures, prints, and more. Highlights include Takashi Murakami’s Flowers skateboard, Nara Michi’s puppy money bank and a set of 100 limited edition pieces of Hajime Sorayama‘s Sexy Robot sculpture. Multifaceted artist Jun Cha just released a new time-limited edition print entitled Warrior. The artwork (32″ tall × 24″) features a black-and-white illustration of Zeus’ bastard son, Perseus, beheading the Gorgon Medusa as per the ancient Greek myth. The composition was inspired by a sculpture made by the 14th-century Italian sculptor Benvenuto Cellini and the paintings of Miyamoto Musashi. British contemporary artist Paul Insect will soon launch a solo exhibition at Paris’ Allouche Gallery, spotlighting his latest mixed-media works in a pop-up exhibition titled “There’s More Upstairs.” Accompanying the exhibition run from May 30 – June 10, there will also be a limited release of prints at the exhibition. Sized at 64 x 72 cm each, the prints portray Insect’s signature masked portraiture with elevated collage motifs across the composition. Altogether the prints will release in a signed and numbered edition of 75.