This August, Bed Cinema lands in Venice, and while it’s not the catchiest name, it certainly tells you what you’re going to get: First, a bed (all 150+ on site will be doubles and apparently “fit three people,” even though double literally means two, so maybe make your third friend get a bed of their own), and second, some cinema (purportedly of the “blockbuster” variety, though a lineup has yet to be announced). 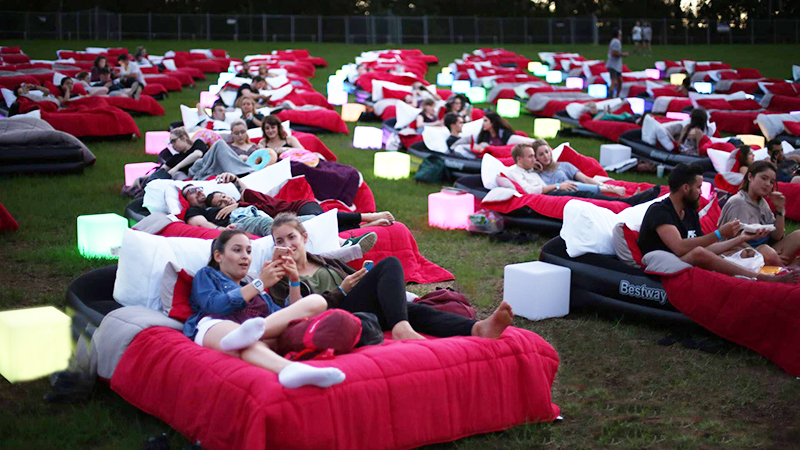 Details for this thing are scant, but we do know that tickets are a little steep—$35 per person or $65 for a couple (compare that to Cinespia’s $12 to $20 range). One perk is that the cost includes pillows and blankets, which seems generous but also super practical. There will also be a nightstand next to every table, presumably to hold the booze you BYOB’d.

If you’re not trying to drop that kind of cash on a movie, bookable lawn spots are available for $10. At that point, though, we’d suggest you just go to ArcLight because the first rule of Bed Cinema is that the whole point is to watch a movie outside in a bed.

To stay up on breaking Bed Cinema news, including its eventual location and lineup, sign up for their email list.

The post “Bed Cinema” Is an Outdoor Screening Series With Actual Beds, and It’s Coming to L.A. appeared first on Los Angeles Magazine.