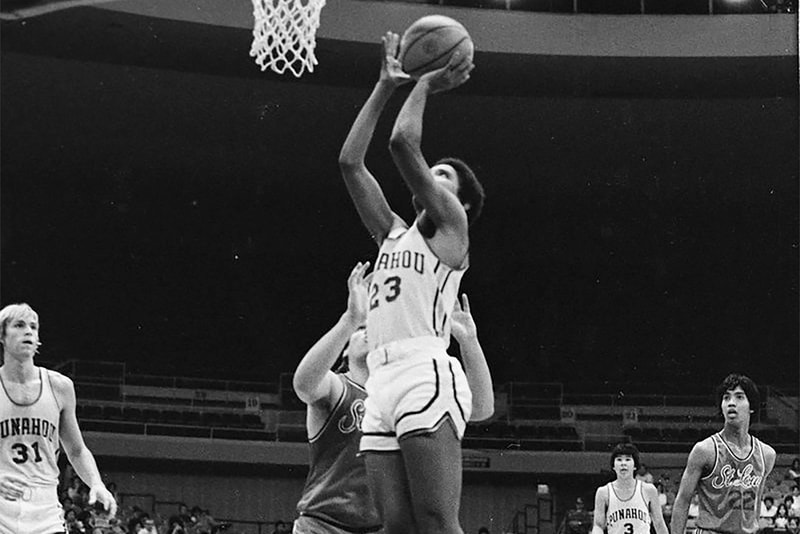 Barack Obama‘s game-worn Punahou High School basketball jersey from 1978-79 is up for auction. The jersey was worn by the ex-POTUS when he was 18-years-old and comes with the yearbook of its owner, Peter Noble. Noble was three years younger than Obama and reclaimed the jersey, and now presents it alongside a high school journal which features pictures of Obama wearing the shirt in-game.

The 44th President of the United States of America is a well-known basketball fan, having transformed the White House’s tennis court so that it could double up as a basketball court. The former president wore number 23 and, in his senior years, helped his team take home the 1979 Hawaii State Championship. The jersey itself is off-white with white, blue and yellow stripes running down the sides. The same color scheme outlines the armholes and neck, while collegiate lettering on the front and back display his team number and Punahou High School in blue.

Rounding off the nostalgic collector’s piece is a worn-out Rawlings tag and a smattering of dirt, adding to the preloved, game-worn appeal. Take a look at Barack Obama’s old basketball jersey in the gallery above, and head to the auction listing now to make your bid — before the price hits the $100,000 USD estimate.

In other sporting news, Real Madrid has unveiled its third kit for upcoming 2019/20 season.