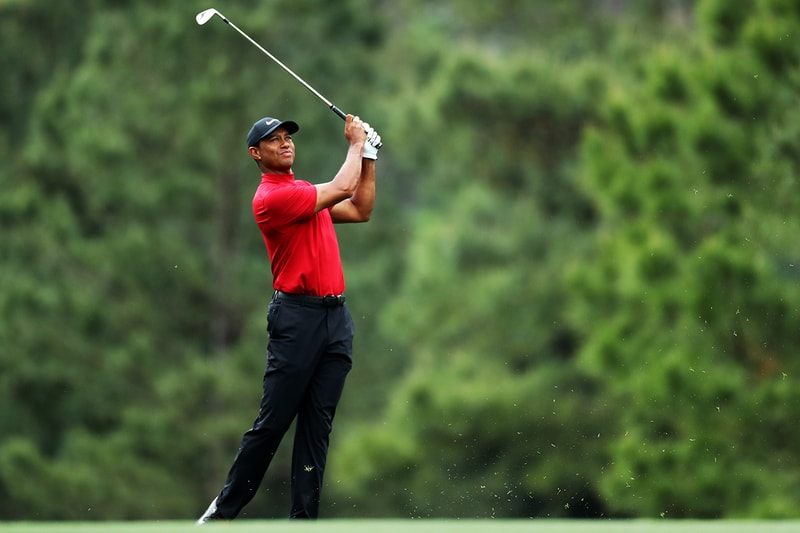 On Sunday, golfing legend Tiger Woods once again made history by winning the 2019 Masters held in in Augusta, Ga. Being crowned the top honors at this prestigious contest has now tallied Woods’ major championship titles to 15, on top of winning the tournament for a fifth time.

To claim the victory, Woods sank a short putt on the 18th hole to go -13. Considering Woods hadn’t won a major tournament since 2008, the Internet quickly blew up after this feat to praise his accomplishments along with commenting on his comeback story.

In particular, the hip-hop world took notice seeing such artist as Tyga posting "Tiger!!!" on his Twitter page along with Action Bronson posting "MY NEW SHIT SWING LIKE TIGER AT THE MASTERS!!!!!!!!!" Basketball superstar Stephen Curry along with former president Barack Obama also paid tribute to Woods. Check out some of the posts below.

In more sport-related news, the NBA compiled the 50 best dunks from this season.

Congratulations, Tiger! To come back and win the Masters after all the highs and lows is a testament to excellence, grit, and determination.

Greatest comeback story in sports! Congrats @TigerWoods Let me hold one of those 5 jackets one time!

My favorite quote from the movie. Lol https://t.co/dwkfy4rVDy

Posting this for my dad. Poppi loves Tiger. And got so much enjoyment out of Tiger winning the Masters Again. So I wanna say Congrats and Thank You to Tiger. For bringing my dad so much enjoyment today. @tigerwoods AND YOU CAN NEVER COUNT OUT A CHAMPION.

Everyone swears they ready for WAR till they get tested and realize they ain’t built like that. This man lost his family went threw injury after injury BUT NEVER GAVE UP. A True American ICON Tiger Woods Congrats King

Tiger Woods winning the 2019 #TheMasters is the best thing to happen to golf in a very long time. pic.twitter.com/4Cpe9VbkMl

Our guys had a blast following Sunday’s action. (Via @Collin_McHugh) pic.twitter.com/6oEQEvimLX

@TigerWoods you have a new fan, congrats champ!! pic.twitter.com/TvesA327db