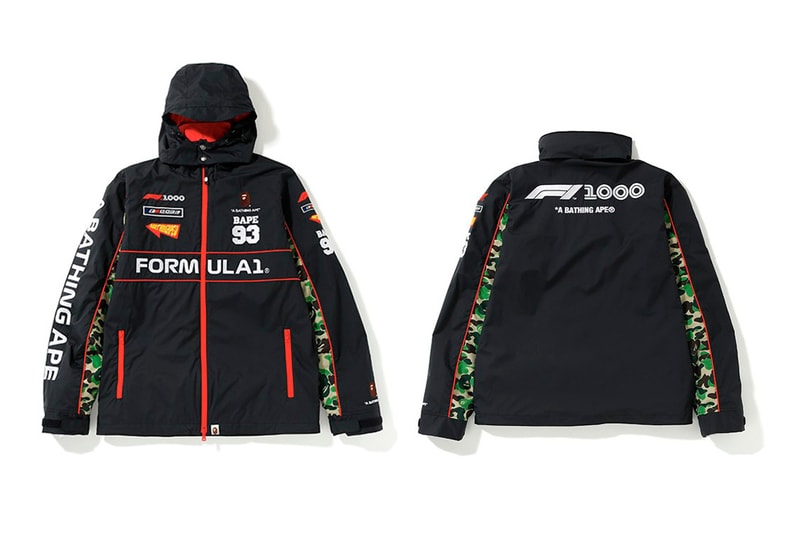 As expected, the range includes a bevy of F1-inspired apparel and accessories. A hooded black jacket featuring 1ST CAMO running up the inner portions of the sleeves makes the cut as a stand out item. The outerwear option also sports "A Bathing Ape" and "F1 1000" motives throughout. Elsewhere, pullover hoodies and T-shirts can be found. Over on the accessories side, a cap, towel and sticker pack are also up for grabs.

This special collaborative range also celebrates the upcoming 2019 Formula 1 Heineken China Grand Prix, which marks the 1,000th event for F1. Interested fans will only be able to purchase the collection at BAPE retailers located in Hong Kong and Shanghai starting Saturday, April 6.

Along with its F1 joint project, these are the best collaborations from BAPE’s 25th anniversary exhibition.