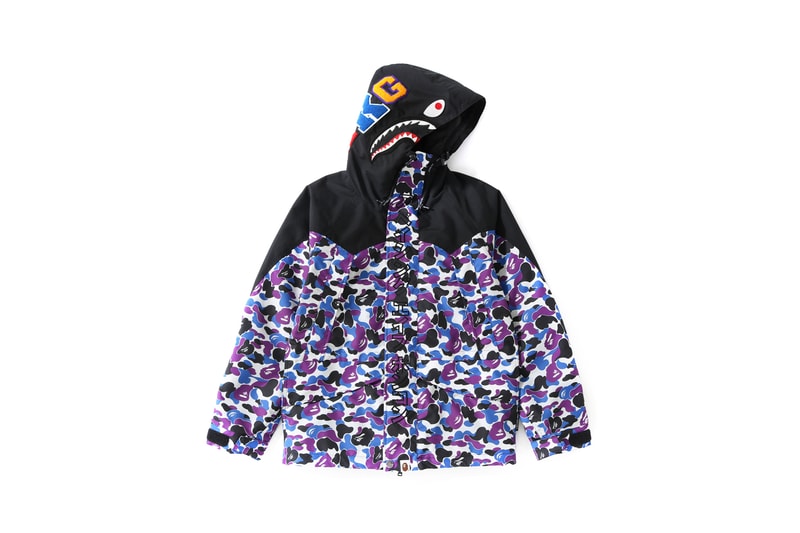 BAPE officially debuts its latest capsule collection created in celebration of its Hong Kong flagship’s 13th anniversary. The range features a lineup of classic pieces including graphic T-shirts created with the label’s iconic Ape Head motif in addition to the character Baby Milo.

The collection also is made up of apparel accentuated with the well-known Shark motif appearing on tees and a camouflage-heavy snowboarding jacket. The color palette consists of purple, blue, black and white alongside a camouflage pattern. Accessories are also included in the capsule, created in collaboration with PORTER. These pieces arrive in the form of a camo shoulder bag and a wallet with a similar design.

BAPE’s Hong Kong 13th anniversary capsule collection will be available starting this Saturday, April 20 at BAPE’s Hong Kong outlets in both adult and children’s sizing. The accessories will range from $1,299 to $2,199 HKD (approximately $166 to $280 USD) while the apparel will range from $5,399 HKD for the Shark snowboard jacket to $1,999 HKD for a pair of shorts (approximately $688 to $255 USD). Take a look at the women’s pieces in the gallery above.