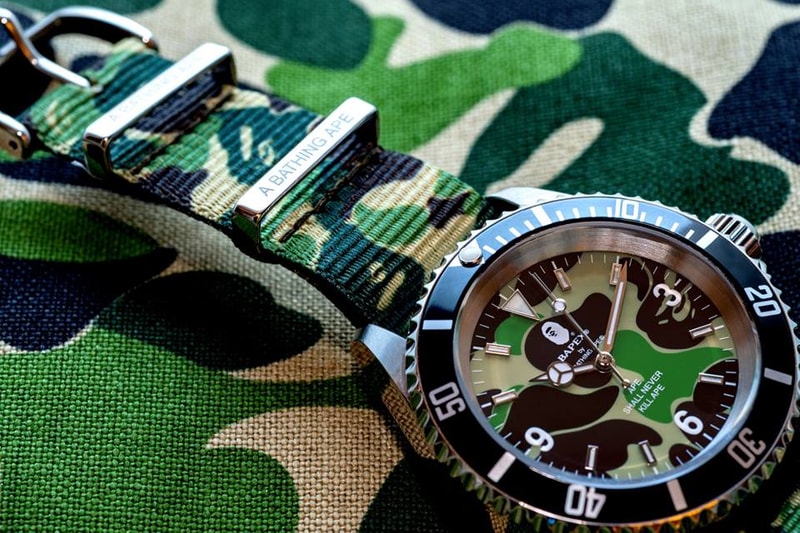 Continuously updating its coveted line of Rolex-inspired timepieces, this time around BAPE adds new ABC CAMO Nato Belt straps to its Type 1 BAPEX range. The watch incorporates a black outer dial while the face is featured in either a signature blue, pink or green ABC Camo colorway, which then matches with its accompanying straps. Within its polished case, an Ape Head insignia and BAPEX motif help to elevate the piece, along with its glow-in-the-dark hands. Finally silver closures complement the loud look of each model.

For more on the label, here’s a complete look at the BAPE x adidas Football capsule for Super Bowl LIII.