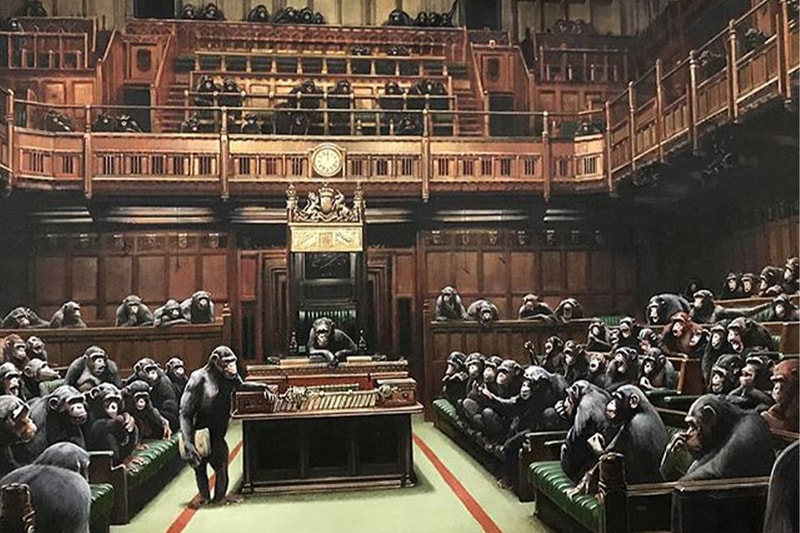 Anonymous artist Banksy has given his blessing to exhibit his famed Devolved Parliament canvas once again.

The 13-foot painting, which depicts politicians replaced with chimpanzees in the House of Commons, first appeared at the Bristol Museum & Art Gallery in 2009 as part of the Banksy vs Bristol Museum exhibition. While Banksy’s spokeswoman has called the piece "massively relevant" to the Parliament’s current political climate, she noted that its reemergence is "not a comment on Brexit by Banksy by any means but it is a timely unveiling of the museum having it on show."

Banksy also announced his work’s reappearance at the Bristol Museum via Instagram, ending his caption with "Laugh now, but one day no-one will be in charge," an ode to his 2001 Laugh Now stencil.

Devolved Parliament will be up for display at the Bristol Museum & Art Gallery until August 2019.

In recent art news, Medicom Toy and Brandalism have an unveiled their latest Banksy-inspired figure.

. Devolved Parliament I made this ten years ago. Bristol museum have just put it back on display to mark Brexit day. . “Laugh now, but one day no-one will be in charge.”