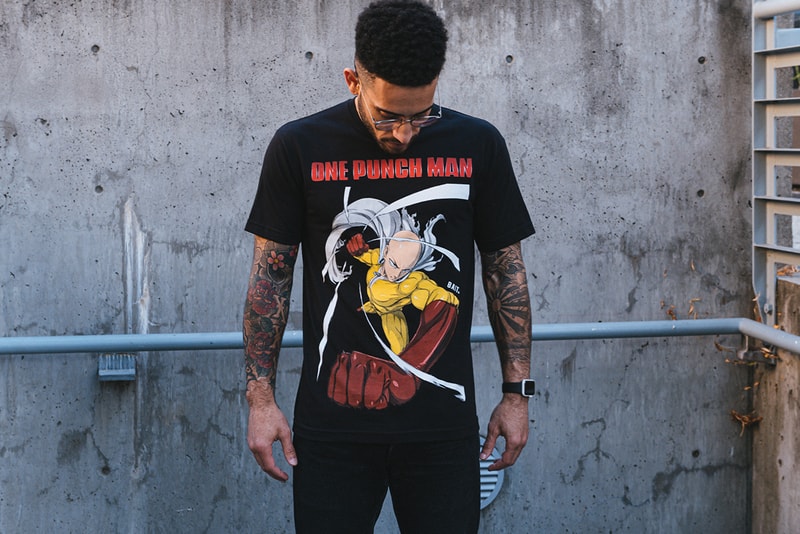 BAIT is teaming up with the Japanese superhero web manga series One-Punch Man for a capsule collection of Saitama T-shirts.

The series quickly went viral since its debut back in 2015 and features the protagonist Saitama, the strongest character in the show’s existence. One-Punch Man tells Saitama’s story as he finds himself too powerful and bored without a true challenge.

His unassuming appearance graces five unique T-shirts as part of a BAIT collaboration. He’s seen in his typical yellow bodysuit and features alongside traditional Kanji typography, the One-Punch Man title logo and BAIT branding. Other T-shirts include a nod to the leader of the Dark Matter Thieves, Boros, depicting the villain on the rear of a black T-shirt, as well as clean collegiate-inspired "PHYS. ED" piece.

Take a look at the BAIT x One-Punch Man Saitama capsule collection in the gallery above. They will all release at BAIT chapter stores and online later this week.

In other news, UNIQLO UT has released a One Piece Stampede capsule collection.