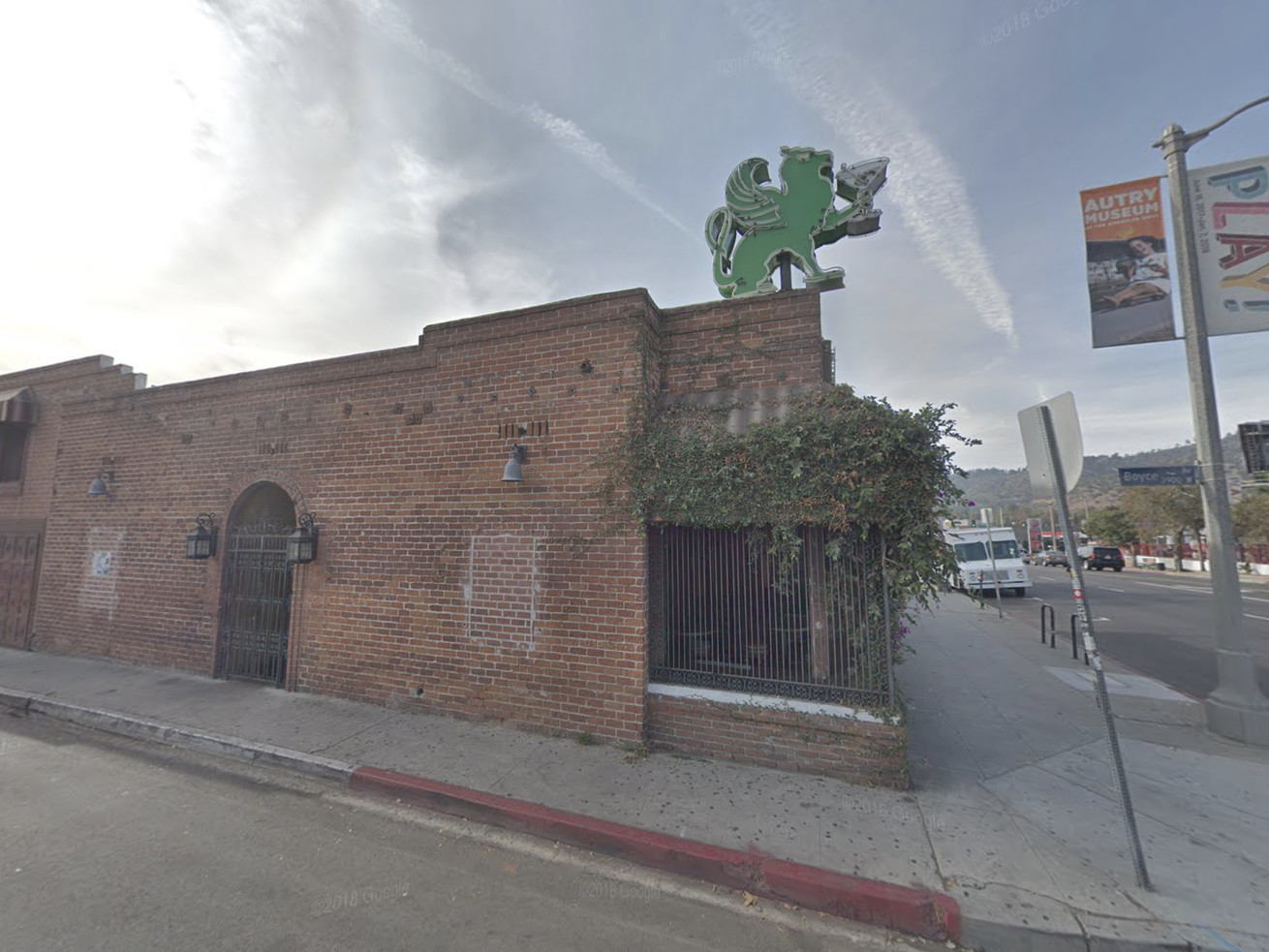 New owners of the Griffin are on to make the place more of a music venue, complete with a new name

While it may not look like it just yet, long-running Atwater Village bar the Griffin will undergo big changes. The once-popular dive-y sort of spot has an all new ownership team, and soon they’ll be working up a new name, new look, and whole new strategy.

For years, The Griffin operated as a mellow spot for mostly Eastside locals. It was the kind of place where anyone could swing by to munch on bar snacks and drink inexpensive brews, and maybe even catch a live band once in a while. Then, last year, an impromptu meet-up of far-right group the Proud Boys led to a ruckus at the bar, which led to a cavalcade of negative attention for the bar. Some felt that ownership and management didn’t go far enough to disavow the group, both at the moment and in the immediate aftermath, even after the Griffin closed for a time and reopened with a charity event to benefit the Southern Poverty Law Center and several local charities.

Now those same owners have sold off the Griffin to a first-time bar and restaurant group with long ties to Los Angeles and the music industry. While they won’t be immediately changing the property, the plan is to eventually close and reopen as Moon Room, complete with an updated menu of drinks and food, and loads more live music. Partner Dan Wilson tells Eater that, after years of watching Eastside spots get gobbled up by big corporations like LiveNation, he plans to keep an independent streak when booking the bands. It’s a similar sentiment that the new owners of the Silverlake Lounge want to affirm.

For now, the Griffin will remain as is; expect some new changes to begin to take affect in the coming months.