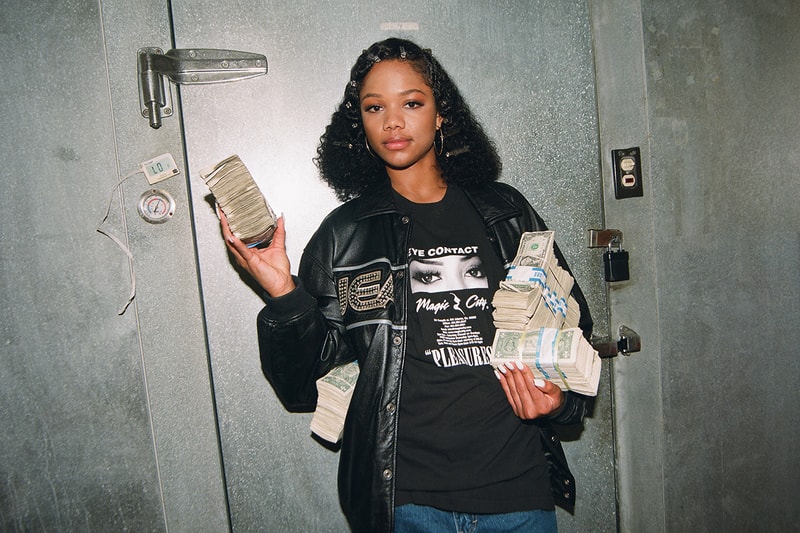 Legendary Atlanta strip club Magic City has teamed up with Pleasures to release a five-piece capsule collection of graphic T-shirts. The collection channels the strip club’s cultural influence by echoing its hip-hop-related cult status through vintage prints and tongue-in-cheek slogans.

The drop features T-shirts in colors such as bright pink, black and white which nods to the strip club’s aesthetic, with graphics such as red lipstick-covered lips, peaches and strippers covering the front. Pieces also include slogans such as "EYE CONTACT" and "Do You Believe In Magic?" with the club’s phone number "404-584-5847" printed below.

The Pleasures collection follows Magic City’s sell-out collaboration with Drake for his "Scorpion City" capsule. The T-shirts are made in association with Tourlife, which is expected to team up with Magic City many times throughout 2019 celebrating the club’s legacy.

Take a look at the Liam Macrae-shot lookbook in the gallery above and pick up the Magic City x Pleasures collection on June 8 at  PM PST from tourlife.com.

In other news, Palm Angels has released a teddy bear-themed capsule collection.