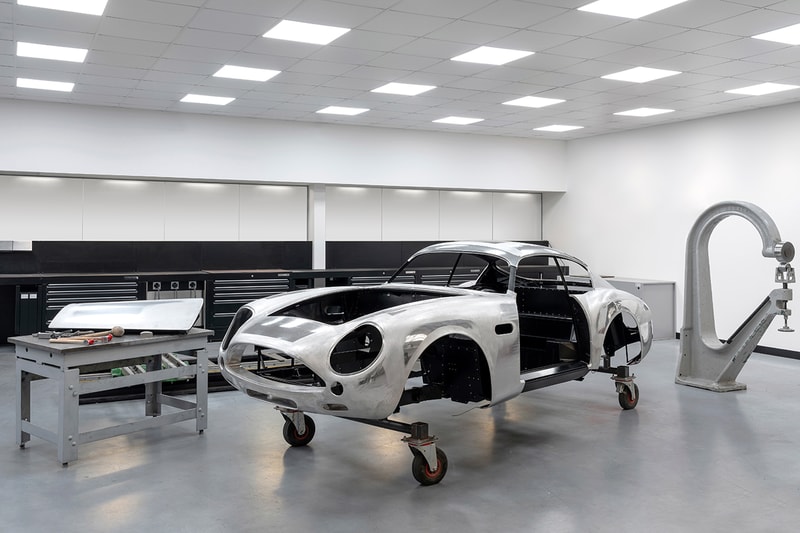 Aston Martin announced its plans to bring back the DB4 GT Zagato last fall as part of a continuation series to celebrate the 100 year anniversary of Zagato. The project began at the manufacturer’s heritage division at its Newport Pagnell facility and now the first body has been revealed.

The car company says that the cars are made using a combination of old world craftsmanship and modern finishing, creating a body that uses 1.2-mm thick aluminium sheets, keeping in with 1950s style. Underneath the frame is a Tadek Marek-designed 380-horsepower “twin spark” straight-six engine and a four-speed manual gearbox.

In other news, here’s a rendered look at the Aston Martin DBS GT Zagato.