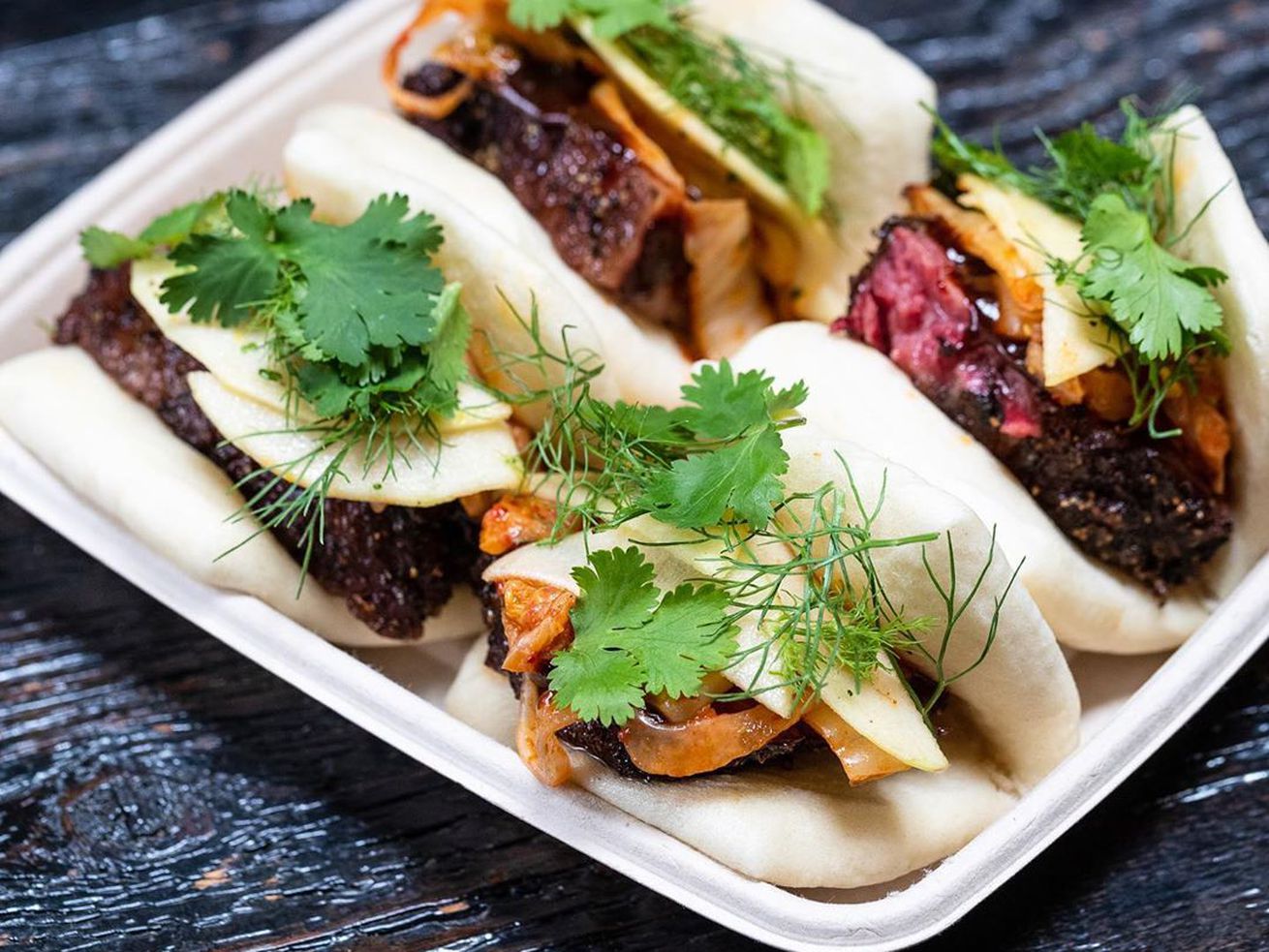 Here’s what to expect from Bao Hiroo

Whereas much of the white-hot Arts District’s dining scene has focused around big, flashy, celebrity-fueled openings and anticipations, Bao Hiroo aims in a different direction. The 1,600 square foot Barling Construction-built space sits on 2nd Street, a block north of one of the busiest drags in the neighborhood, right at the base of the Garey apartment building where Father’s Office will also open. It’s a few-frills kind of counter service restaurant with mismatched chairs and a funky industrial appeal from Mass Architecture and Design, and will serve lunch through dinner to late night.

The food at Bao Hiroo comes by way of namesake chef Hiroo Nagahara, a Tokyo native known for his food truck and restaurant the Chairman. Nagahara offers non-traditional bao buns starting at $4 apiece, in addition to options like $5 fries, and a $12 salad. A beer and wine license means the restaurant can serve sake cocktails or $8 wines by the glass. The opening menus are below.

Bao Hiroo opens next week in the Arts District from 11:30 a.m. to 2 a.m., Monday through Saturday.