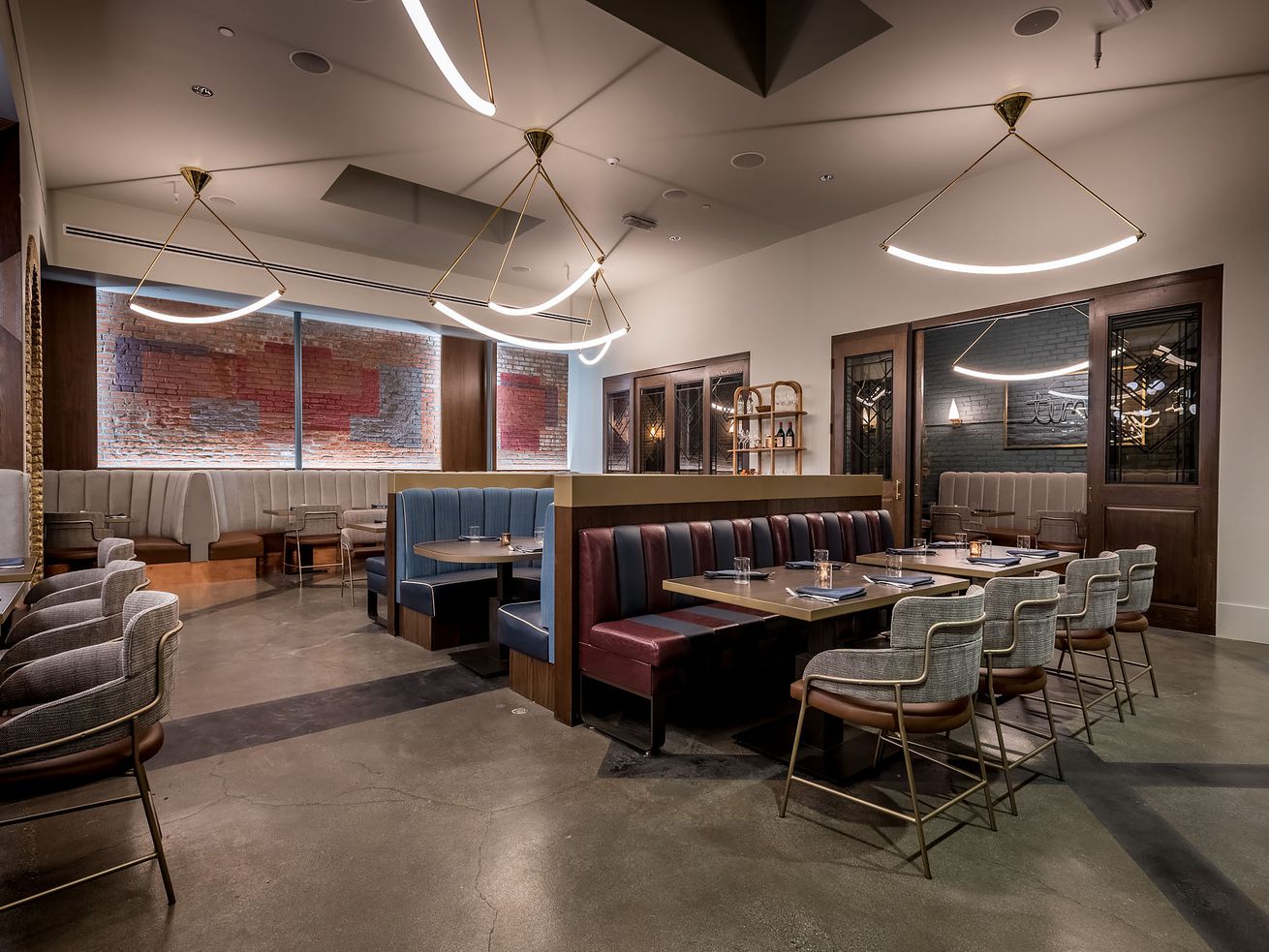 Front bar Duello remains open as the dining room gets a new chef, menu, and name

Instead of carrying on under the previous title, the soon-to-be-former Simone will take the name of its up front bar, Duello, and use it for the entire space. The new all-encompassing Duello will be both a bar and restaurant in one, and will be overseen by chef Jason Beberman, who hails from Empellon in New York City. Beberman stepped into the lead role following the surprise departure of James Beard-winning Largey in March after just five months.

Reps for the restaurant confirmed the weekend closure, adding that Duello (the bar portion) will remain open, Wednesday through Sunday, for the next several weeks. The cocktails there will still be overseen by Edinburgh’s Iain McPherson, and there will be some light bar snacks available as Beberman and company R&D out their new menu. As for what that full food menu will look like in the dining room, that remains to be seen.

The final night of Simone as it currently stands is this coming Sunday, with Russo reopening his restaurant as Duello on May 4. The surprise closure comes after a tumultuous few months for the much-anticipated project, from a scathing LA Times review to reports of mismanagement and infighting within the organization overall. Expect a whole new direction next month.