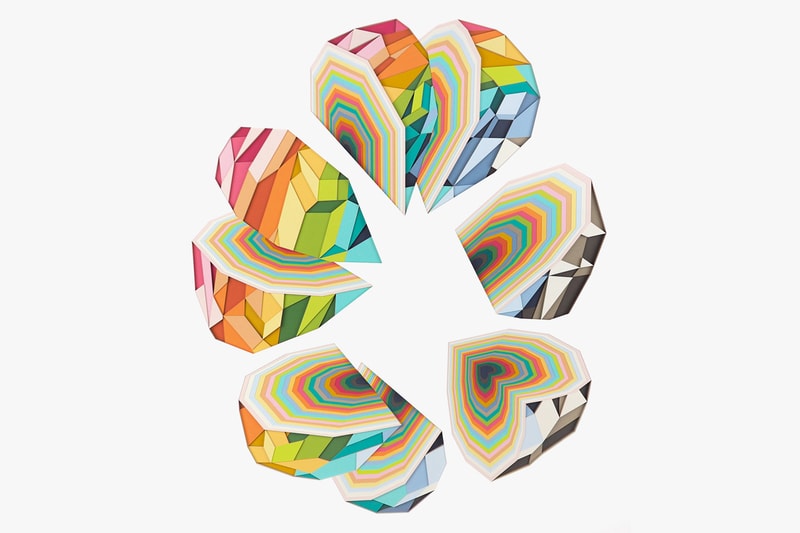 “These compositions are comprised of shapes that sit on different planes, creating literal depth, while the composition itself creates a perceived depth,” said Liu in a statement. “It is this intersection of the literal and perceived that informs the work; where the absence of material reveal form and the casting of shadow create the line.”

The artist will soon launch a solo exhibition entitled “Paper Cuts” featuring new original artworks at Giant Robot in Los Angeles. The show will be on view starting February 16 up until March 6. Head over to Huntz Liu’s official website to view more projects.