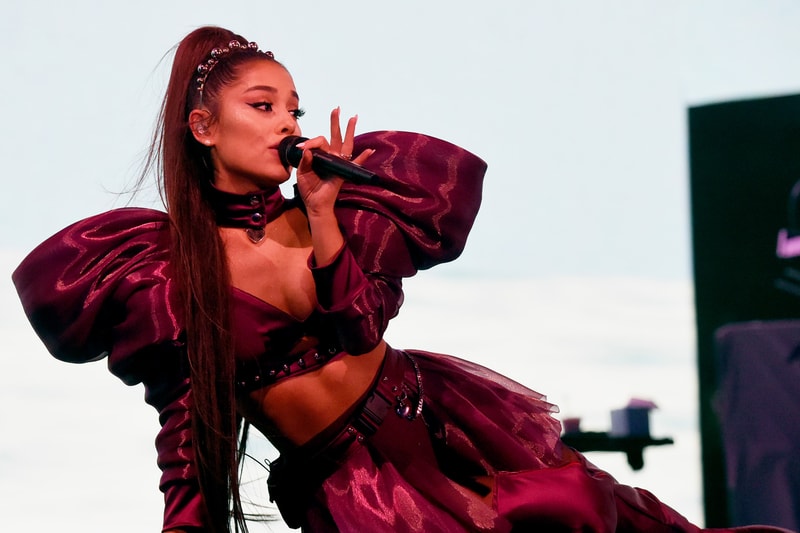 Marking the fourth woman ever to headline the Coachella Valley Music and Arts Festival, (following after Björk, Lady Gaga and Beyoncé), Ariana Grande‘s performance was unsurprisingly nothing short of a show stopper.

On Sunday night during her set the songstress not only brought out Diddy, Mase and Nicki Minaj to join her on stage, she reunited ’90s boy band *NSYNC; albeit minus Justin Timberlake who just wrapped up his Man of the Woods Tour. While Joey Fatone, JC Chasez, Chris Kirkpatrick, and Lance Bass sang their biggest hits, Grande joined in as the fifth member, taking over parts originally sung by Timberlake. "I’ve been rehearsing my whole f—ing life for this moment," Grande said as she brought the band out to perform “Tearin’ Up My Heart.” As their performance came to a close *NSYNC told the crowd, “Coachella, this has been a dream of ours, thank you Ariana!”

Grande’s 90-minute set saw her team up with Minaj on "Side to Side" and "Bang Bang," while she performed "Mo Money Mo Problems" alongside Diddy and Mase. Her set also included the performances of “7 Rings,” “Love Me Harder,” “breathin,” “needy,” “Right There,” and “Break Your Heart.” For the encore, Grande performed “thank u, next.”

Grande is set to perform once again during Coachella’s second weekend. Her latest studio album, thank u, next reached No. 1 earlier this year making it her fourth project to do so.

For more on Coachella, Childish Gambino gave an emotional speech about his late father, Mac Miller and Nipsey Hussle during his set.

Thanks @arianagrande for having us … was a great time and a chance to perform with my brothers once again ! #arianagrande #cochella2019