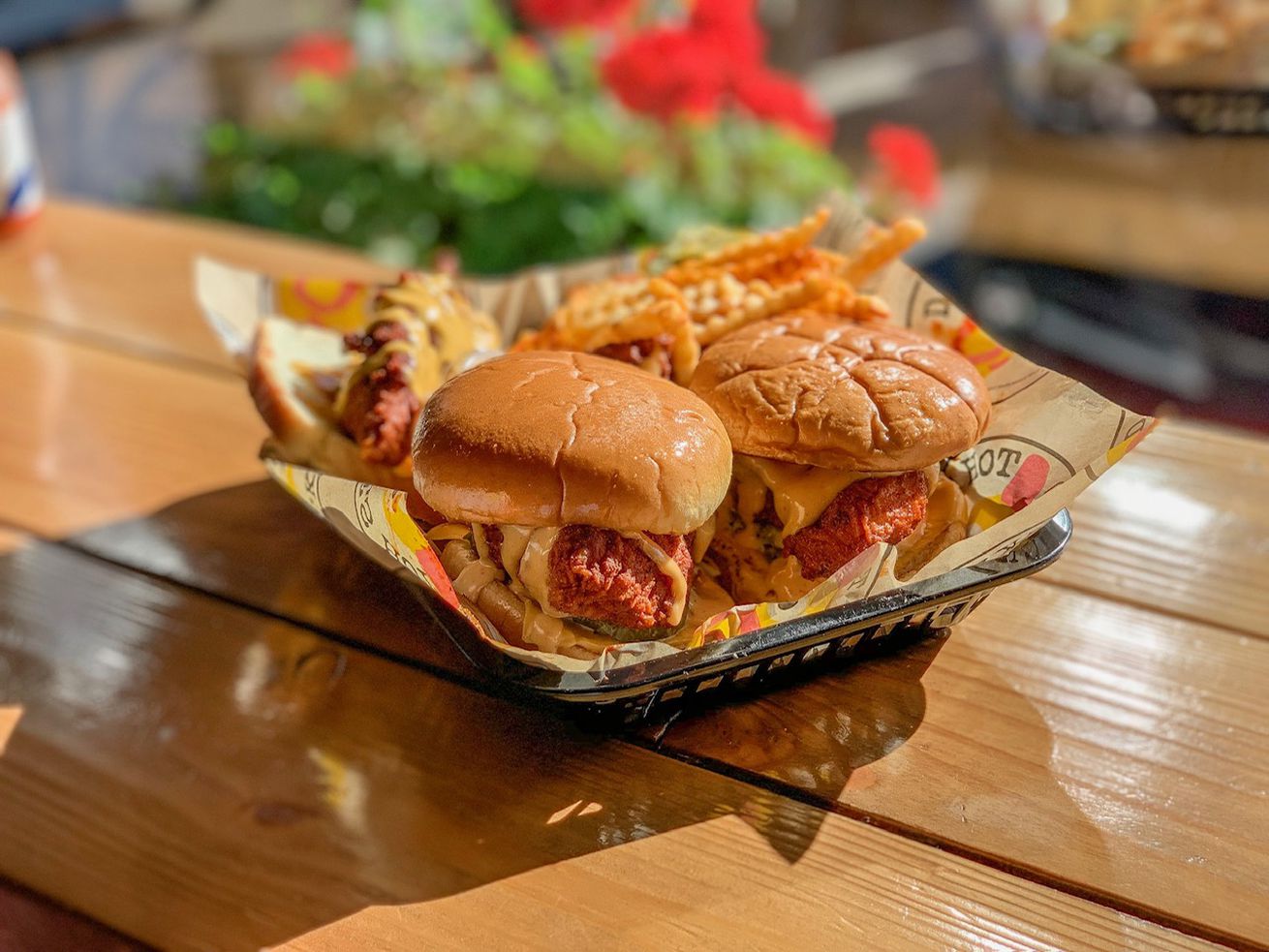 Apparently it’s not cool to name a restaurant “Angry Birdz”

The makers of popular app game Angry Birds are suing a Nashville-style hot chicken restaurant in Los Angeles for trademark infringement. The East Hollywood restaurant is named Angry Birdz (yes, with a z) and appears to carry the same font as found in the game.

According to TMZ, Rovio Entertainment — makers of the well-known Angry Birds franchise — initially sent a cease and desist letter in February to Angry Birdz owners David and Mary Mkhitaryan, but when they did not get a response they initiated lawsuit proceedings instead. They’re seeking an unspecified amount of money, and that allegedly includes a cut of any past profits made while using the name Angry Birdz at the restaurant. Eater reached out to the Mkhitaryans for comment, but has not heard back.

Angry Birdz the restaurant has had quite the roller coaster ride over the past couple of years. The Mkhitaryans originally opened the strip mall spot as a Pita Hut, but flipped it after some time to the hot chicken concept as a way of capitalizing on the popularity of the dish in Los Angeles. It helps that the restaurant sits less than a block from the original home of Dave’s Hot Chicken’s parking lot pop-up, which itself has gone on to do millions of dollars in sales at its own strip mall location further south along Western. The Angry Birdz menu even stylized itself off of the Dave’s menu, including tenders and tender sandwiches with striped sauce lines drizzled across the front for maximum Instagram effect.

The whole Los Angeles hot chicken scene is now saturated with derivative restaurants and pop-ups, most of them spawning off of the success of Dave’s Hot Chicken and, before them, Howlin’ Ray’s. Both have gone on to promise multiple locations across the city, despite the proliferation of copycats and knockoffs everywhere from Downey to South LA to Highland Park to all over the San Fernando Valley.