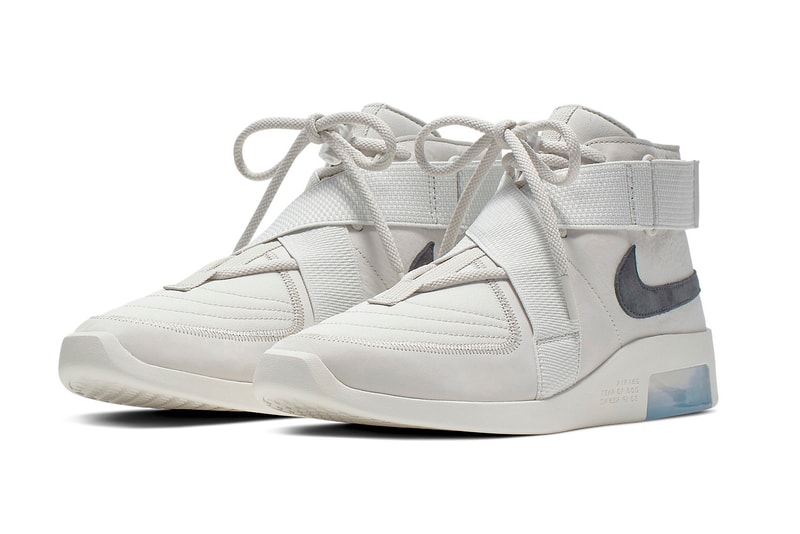 Having originally been teased at the start of this year, Nike has now shared the official imagery for the collaborative Air Fear of God 180 “Light Bone” silhouette.

Made in conjunction with Jerry Lorenzo‘s Fear of God brainchild, this clunky model has been dressed in the subtle "Light Bone" tone from its upper and cross straps all the way across to its midsole. The only contrasting details are the black Swooshes that wrap around the back heel, the inner sole, and the small "Air Fear of God" decal on the lace buckle along with an icy blue semi-translucent window on the midsole which showcases the Air unit.

Named and inspired after Charle’s Barkley’s Air Force 180 as well as NSW’s Air 180, look for the Nike Air Fear of God 180 “Light Bone” to hit select Nike retailers, nike.com and Fear of God locations in the upcoming weeks. Keep it locked here for more details