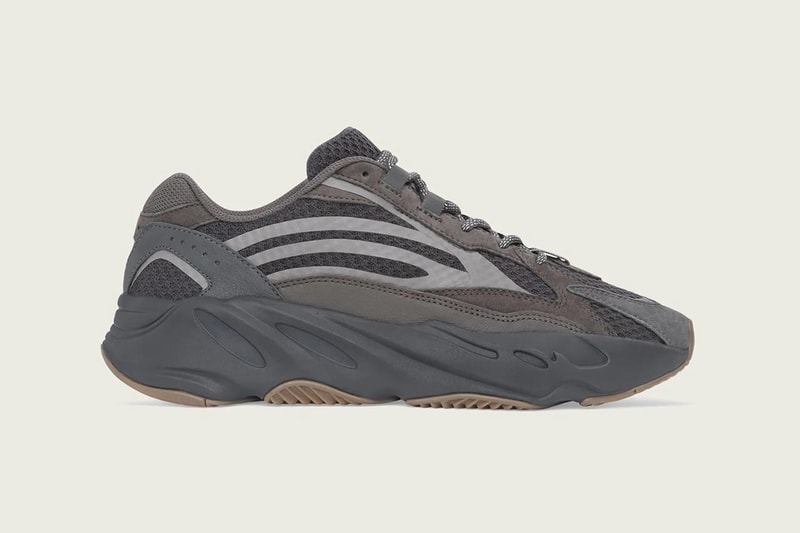 After announcing region-specific releases for the YEEZY BOOST 350 V2 in both "Trfrm" and "Hyperspace," adidas has now given an official look at the upcoming YEEZY BOOST 700 V2 in "Geode." The sneaker is constructed from the same suede, mesh and leather textures as previous releases, with its upper wrapped in dark grey and beige. This color palette continues on to the BOOST midsole and is complimented by a gum rubber outsole.

The sneaker — which previously received an on-foot look — is slated to release on March 23 although no official release date has been confirmed by adidas yet. Keep an eye out for more YEEZY news in the near future, with 2019 set to be a big year for releases.

In other footwear news, take a look at the updated adidas Samba RM.