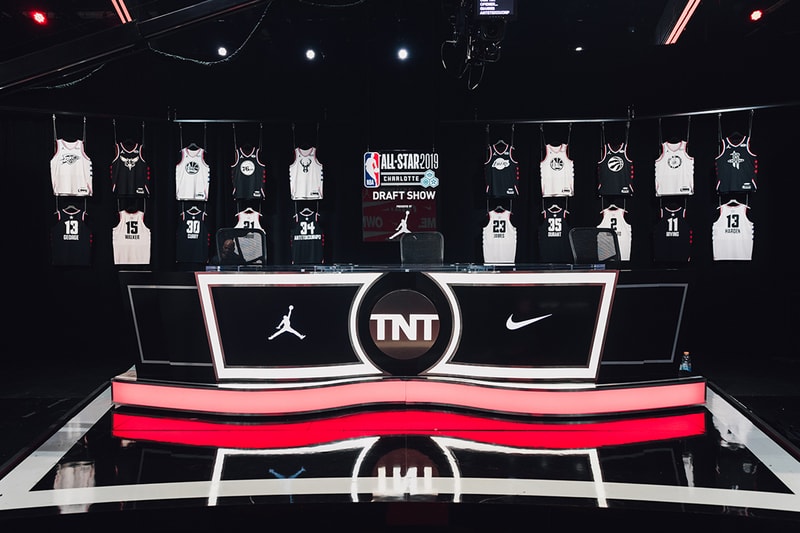 Last night Ernie Johnson, Shaquille O’Neal, Kenny "The Jet" Smith and Charles Barkley revealed this year’s NBA All-Star reserves ahead of an exciting double header which featured the Milwaukee Bucks against the Toronto Raptors, and the Philadelphia 76ers visiting the Golden State Warriors. Aside from the on-court action the crew shared one of the first looks at Nike and Jordan Brand’s 2019 NBA All-Star collection.

We took a trip to TNT Studios in Atlanta to snag an on-hand look at the upcoming footwear releases and the threads the elite All-Stars will be sporting during the weekend’s festivities. On the Jordan Brand front we took a closer look at the Air Jordan 6 OG "Infrared" – which surprisingly released via SNKRS yesterday – plus a loud color of the Jordan Why Not Zer0.2 and the Air Jordan 33 in "Metallic Silver." Nike’s Basketball division adds to the selection with the latest "Aunt Pearl" installment for the KD11, an ACG-inspired PG3, the ROKIT x Kyrie 5 and self-lacing Adapt BBs.