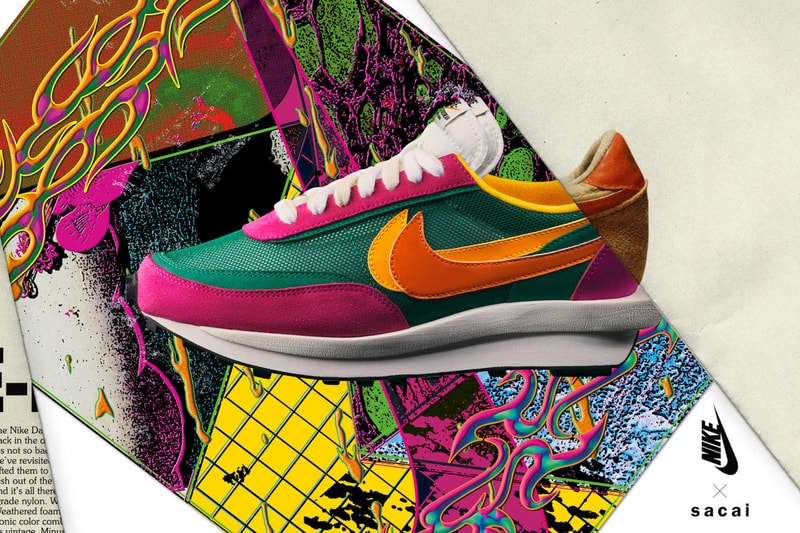 Following speculation of more colorways of Nike‘s coveted collaboration with Japanese label sacai, the Swoosh has just revealed a full collection featuring both apparel and sneakers just in time for fall. Starring tennis player Naomi Osaka, the campaign showcases a series of athleisure-inspired pieces like windbreakers, socks, skirts and more, all following Chitose Abe‘s signature reconstructed aesthetic. “Often, I take the things I like from two different items of clothing and splice them together to create a whole that is bigger than the sum of its parts," explains Abe. "I express the end result as a ‘hybrid,’" said the designer.

In addition to the apparel, two new colorways of the LDV Waffle are on display. One iteration arrives in a green and fuschia upper, contrasted by a white midsole and laces, and a yellow and orange Swoosh at the lateral. The other design receives a minimal design, arriving in grey and white tones.

The Blazer Mid is also featured in the collaboration, this time arriving in both a white and a black iteration. “There has to be a genuine interest or connection in order for me to create something new and unexpected," says Abe about the collection, adding that, "Another important thing is that the partnership needs to contribute exactly half the work." Nike managed to bring Abe’s vision to life through a new and innovative process, “We literally got two photocopied pictures of two different shoes that they folded in half and put on top of each other,” said Fraser Cooke, Special Projects Senior Director at Nike on the collaboration.

Take a look at the full collection in the gallery above, and stay tuned as the collaboration is set to drop in September. Keep your eyes peeled here for an official release date.