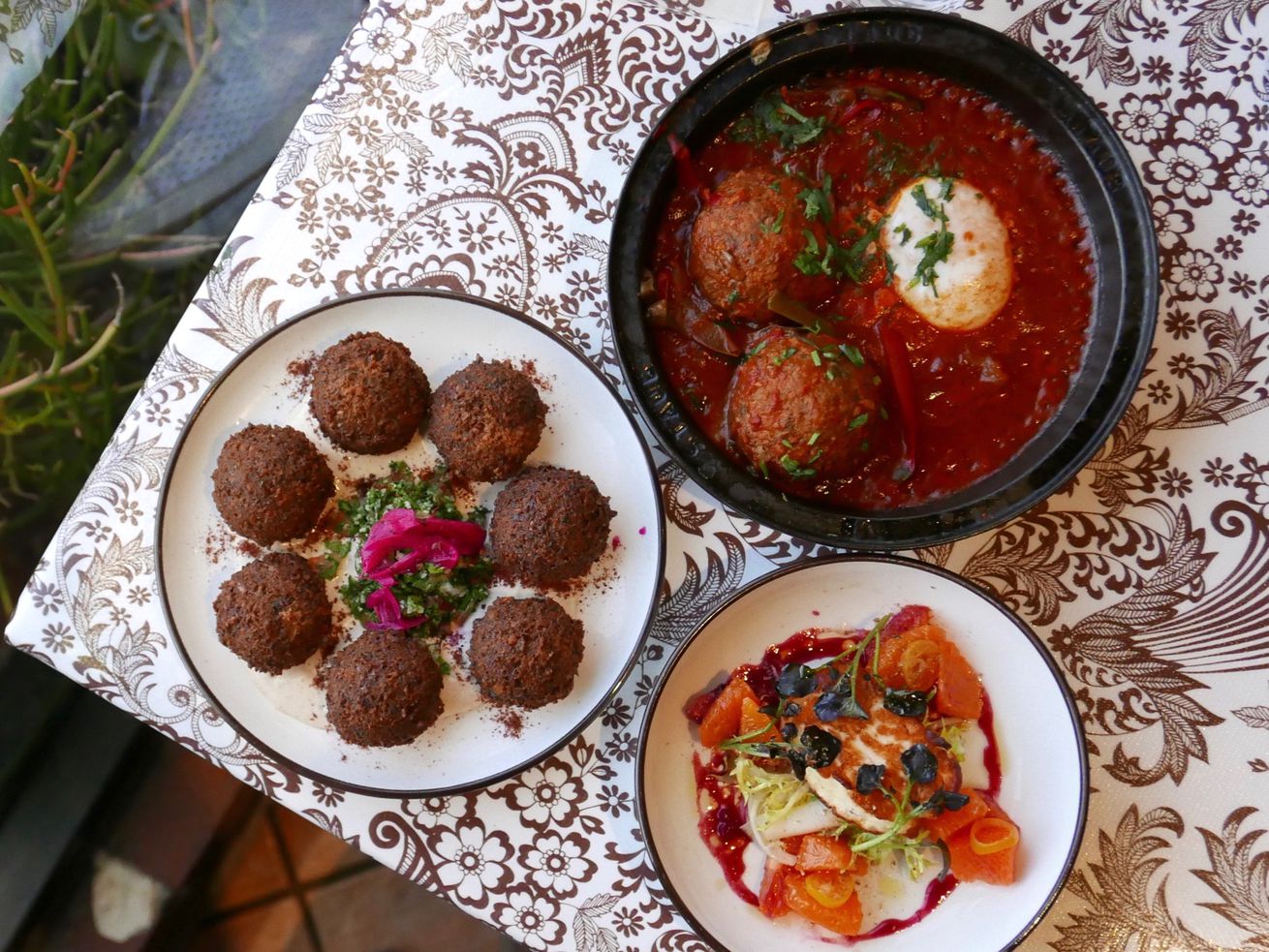 Mizlala does hummus, falafel, and a whole lot more

Mizlala comes to the city by way of Danny Elmaleh, a longtime SBE chef who struck out on his own back in 2017. Ever since then the Sherman Oaks Israeli restaurant has grown and grown in popularity, even landing on Eater’s own 38 essential Los Angeles restaurants list. Now they’ve expanded to West Adams, doing hummus, roasted meats, and lots of vegetables. Since it’s day one for the spot on West Adams, expect daytime to early evening hours, or until they run out.

Details on the space are still rather spare, though the company has been pushing a few unfinished images to its social media pages, like the new patio shot below.

The arrival of Mizlala comes at a particularly busy time for West Adams, with lots of new restaurant names heading into the historic neighborhood. Travis Lett of Gjelina has already taken over the former Johnny’s Pastrami further east, and San Gabriel Valley noodle specialist Mian is coming just blocks away from Mizlala later down the line. Alta is already up and running, and a brewery called Party Beer Company is in the works as well.