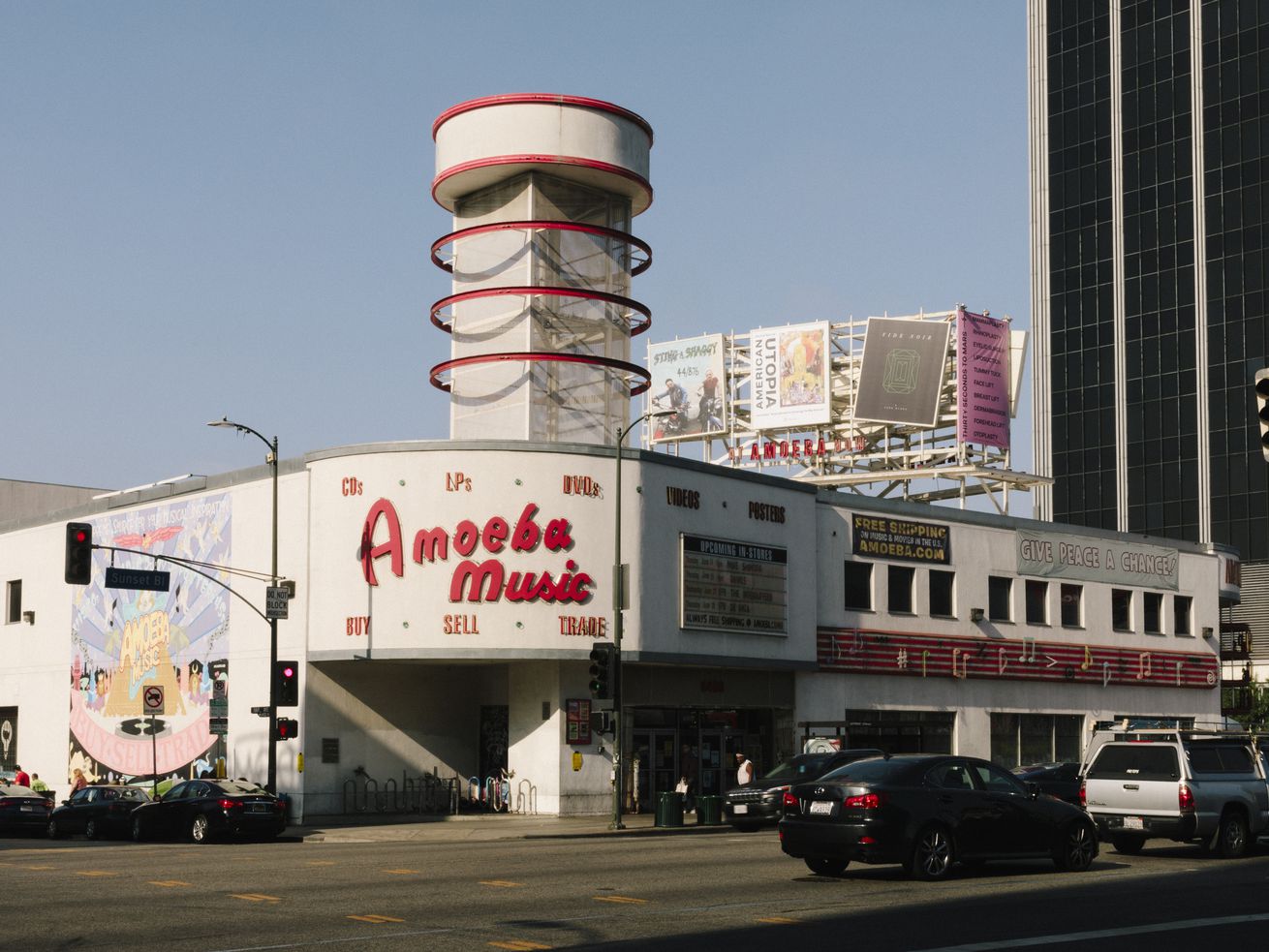 The campaign to save the building is harming Amoeba’s chances of opening in a new Hollywood location, the company says

Amoeba Music is coming out as strongly opposed to the campaign to keep its Hollywood location in one piece.

In a statement released today, the store’s co-owner, Jim Henderson, speaking on behalf of the company, says an effort to landmark the store on Sunset Boulevard and Vine Street—and stop the development of an apartment tower at the site—are doing more harm than good.

“Amoeba does not support the Coalition’s lawsuit and finds it counter-productive,” Henderson says.

The lawsuit was filed in July by the AIDS Healthcare Foundation and the related Coalition to Preserve LA. It seeks to stop construction of the 26-story tower, which would raze the store’s home of two decades.

Amoeba owned the building, but sold it in 2015 to developer GPI Companies for $34 million. With the expectation that they would relocate but stay in the neighborhood, the owners made the sale to protect the company “from going in the direction of so many other physical retailers,” Henderson says.

“Amoeba made the decision to relocate from the belief that Amoeba is not where we are, but who we are,” Henderson says.

Amoeba has been searching for a new home in Hollywood, but that process has been complicated by the efforts of the AIDS Healthcare Foundation and the Coalition to Preserve LA, says Henderson.

Would-be landlords are shying away from Amoeba, worried that if the store takes up residence in one of their properties, they too might have to contend with a landmarking effort down the road.

The foundation and coalition filed a lawsuit last month to reverse the city’s approval of a that would replace the Amoeba Records building. At the same time, the two groups filed a historic-cultural monument application for the store, which they argue is a cultural resource.