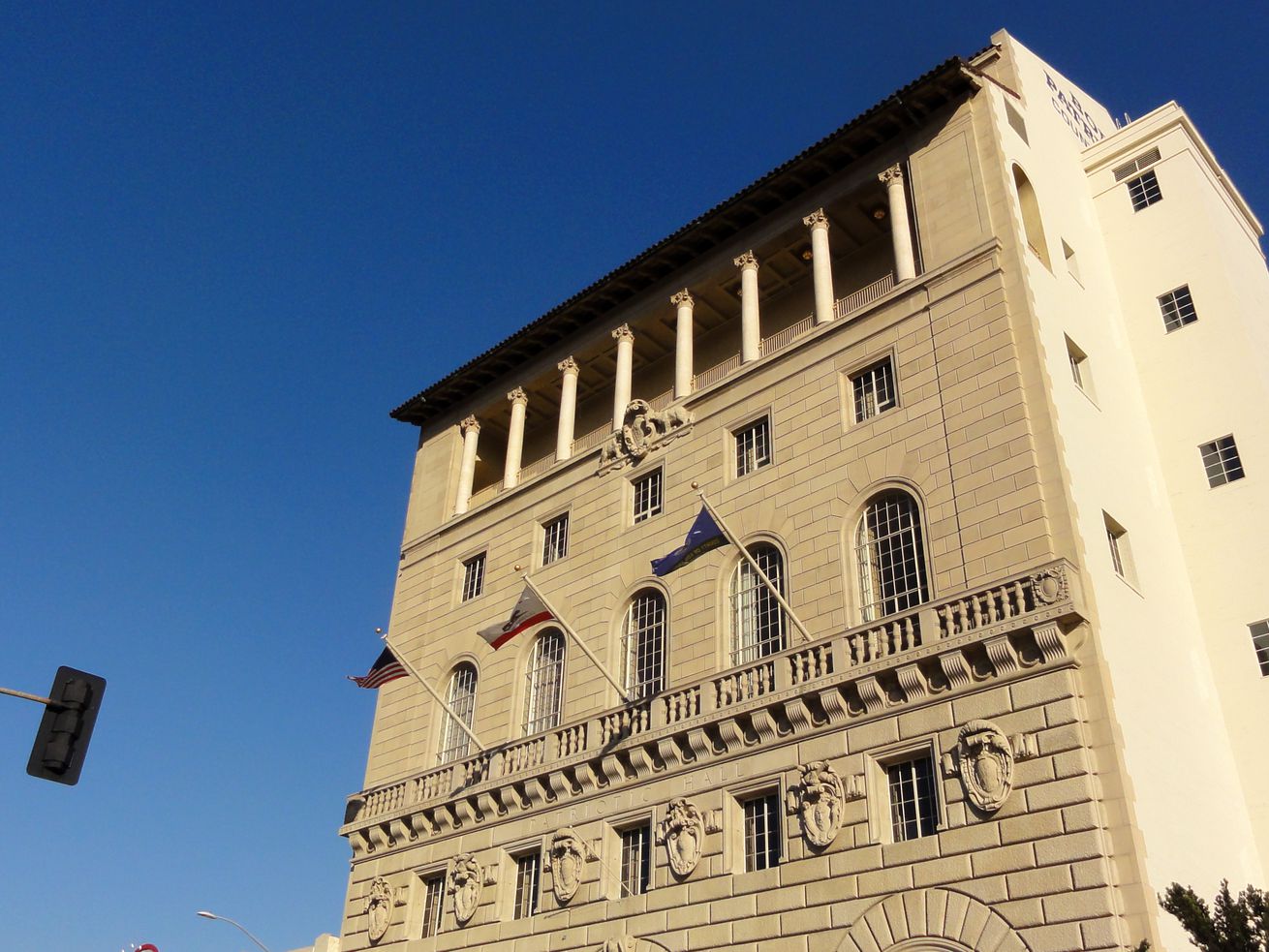 Los Angeles is also in the midst of a severe homelessness crisis, compounded by a shortage of affordable housing.

Solis now aims to address both issues at once. She proposed plans Tuesday to explore the possibility of developing a parking structure alongside the county-owned building, topped by affordable housing set aside for veterans

“Today’s action represents another step forward in my effort to utilize and maximize County resources to their fullest,” Solis said in a statement.

The hall itself—recognizable to residents both for its Renaissance Revival-style architecture and close proximity to the 10/110 freeway interchange—was built in 1925 and was briefly the city’s tallest building. Built as a center for veterans, the hall now houses the county’s Department of Military and Veterans Affairs.

More than 1,000 annual events are held there, and an auditorium inside the building has 475 seats. The parking lot behind the building has 63 spaces and fills up frequently, according to Solis.

Stephen Peck, president of U.S. VETS, a nonprofit with offices in the building, says the lack of parking “makes access difficult to at-risk veterans” seeking services offered within the hall.

If approved by the full board, the motion filed yesterday would direct staff to investigate offsite parking options and to report back in six months with proposals for both a parking structure and housing on the site.

The proposal is still very much a work-in-progress. It’s not yet clear how much housing the site could accommodate, or where the county would be able to find funding for construction.