The creative minds that bring you Rick and Morty and Robot Chicken bring their flagship festival back to L.A. for a second year–and it seems they’ve leveled up from year one, with a new venue, strong lineup, and some surprises in store.

“We want there to be a real throughline between the shows, the Adult Swim Singles program, and now the festival,” says Jason Demarco, Adult Swim’s V.P. and Creative Director. “We brought together people who have shows with us, people we’ve worked with on Singles, and people we really like and want to work with more in the future.”

That means a festival that mixes Jamie xx and Young Thug, who’ve never worked with Adult Swim before but are on-record as big fans, with long-time A.S. regulars like Tim Hecker & The Konoyo Ensemble, and Vince Staples. The network’s long-time relationships with musicians means some exclusives, too, like a set by Flying Lotus alter-ego Captain Murphy, a project that first released music through the Singles program.

“The cores of the Singles programs are hip hop, electronic music, and metal, so we have all of that at the festival,” notes Demarco of the curation. “Plus of course we have the comedy, and then all the fun, weird stuff we’re known for.”

There should be space for more of everything this time around, with the fest moving to a new venue at Banc of California stadium. Rather than last year’s concrete setting, the new space allows for two stages and several large outdoor installations, all on grass, as well as a third, indoor space which will be used for screenings, talks, and more intimate musical performances.

And while this is the second year Los Angeles has hosted the festival, the Atlanta-based network isn’t totally sure that’s a permanent commitment.

“When we decided to throw a festival, we discovered a lot of the bands we wanted to book already lived in L.A., and since we were new, we wanted to save money on things like travel if we could, so it made sense,” Demarco explains of how L.A. was chosen for the festival. “This year, we came back because this is where we did it, and we really liked it, so we’re doing it here again. But I guess I don’t know if we’ll always hold this in L.A. We’re based in Atlanta and I would really love to do something there, too.” 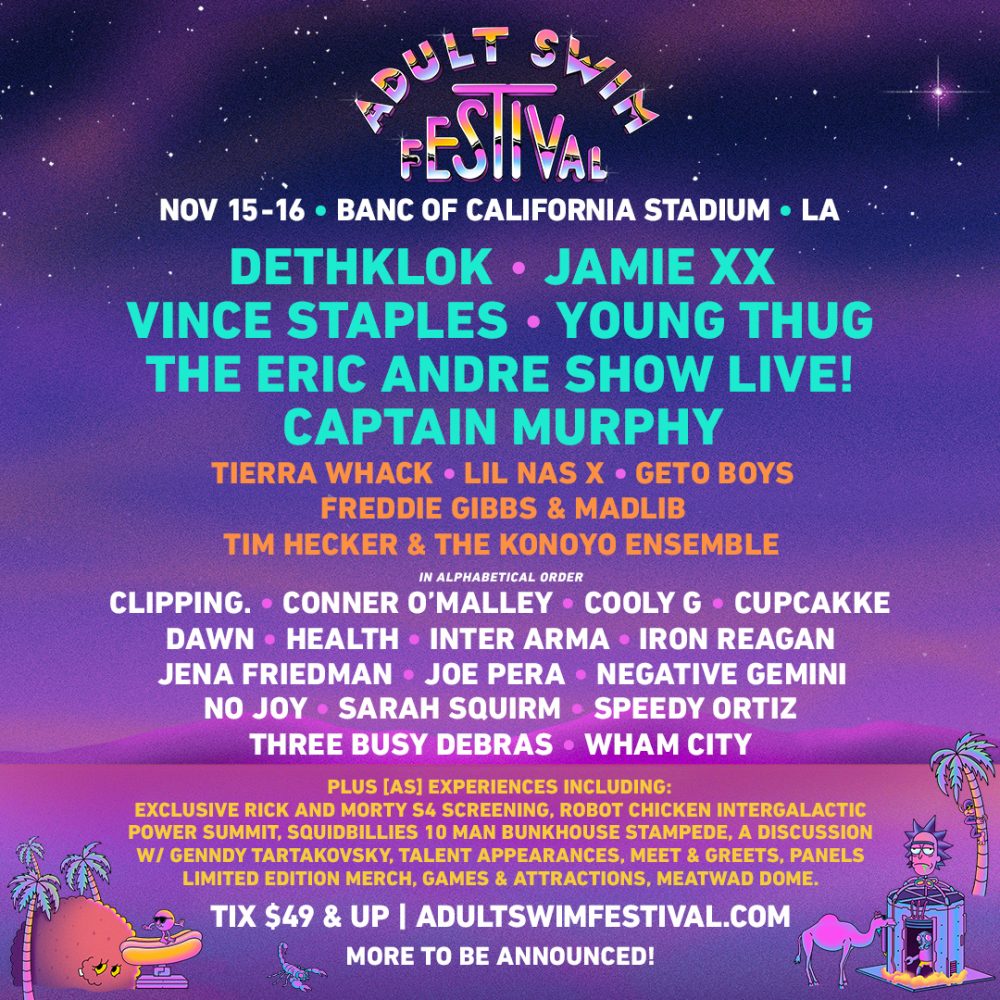 RELATED: The L.A. Mag Guide to Every Music Festival That Matters in 2019