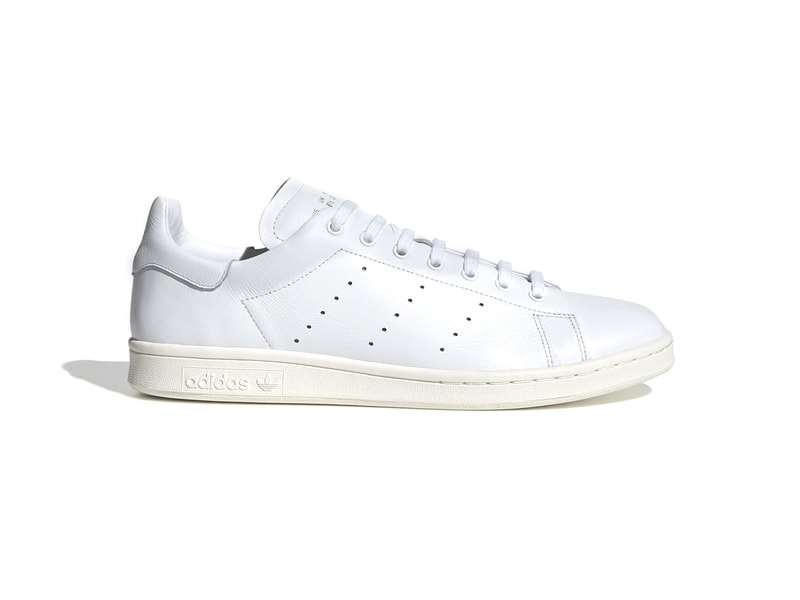 As a follow up to the recent unveiling of adidas Originals x Oyster Holdings SS19 capsule, the German sportswear giant has returned with an expansive collection that celebrates 10 of its iconic silhouettes.

One standout highlight is a crisp pair of Continental 80s. First debuted in 1986 for the tennis courts, the sneaker has seen a wide resurgence thanks to its resemblance to the YEEZY Powerphase model. While adidas has been busy dusting off the old archived silhouette and releasing modern iterations of it, this particular version appears to be the most minimal yet. Every detail found on the upper, including the logo, is lined in tonal white leather, while its cream-colored sole nods to the heritage of the sneaker. This same color scheme is applied on other sneakers in the lineup: pared down to its essential form, thematically painted with a clean white upper and vintage ecru midsole. As a finishing note, embossed markings on the tongues of each silhouette denote them as part of the collection.

The adidas Originals "Home of Classics" collection is slated to see a global release on June 1 at adidas’ website.

In other news, take a look at Sotheby’s Supreme archive auction, displaying over 1,300 items from a decade’s-worth of collecting.

Made for the courts. Adopted by the streets. #HOMEOFCLASSICS