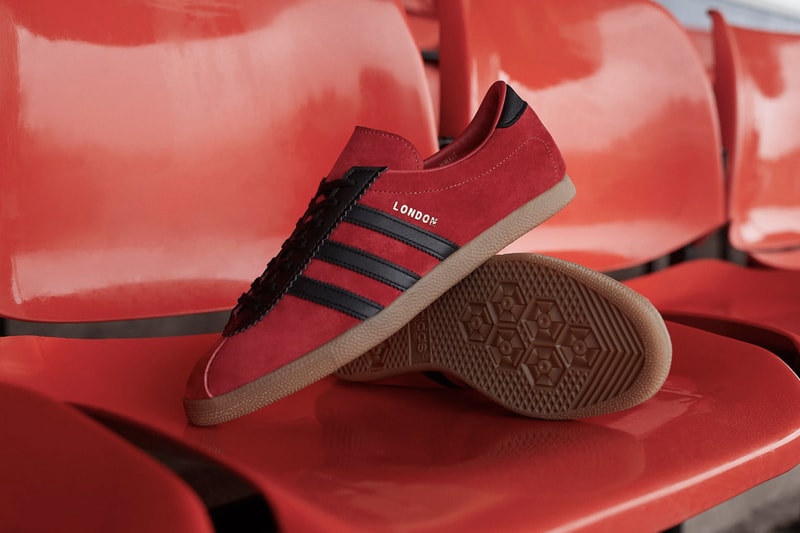 adidas Originals is returning to its much-loved "City Series" with the release of the London. The Three Stripes is bringing back the silhouette back in its OG colorway of "Scarlet/Black/Gold," referencing the colors worn by the Queen’s Guard.

The slimline sneaker is taken straight from adidas Originals’ archive and nods to its heritage with design cues such as gold foil branding, zig-zag cut Three Stripes and eyestays, as well as its gum rubber sole unit.

The bold "Scarlet Red" suede upper is overlayed with black leather detailing and, other than its Three Stripes, is exempt from any further branding such as a Trefoil logo or stamped moniker. Instead, adidas Originals adds branding to the insole and marks the interior with gold-stamped lettering saying "CITY SERIES MMXIX" — marking its 2019 re-release.

You can pick up a pair of the adidas Originals London "City Series" in "Scarlet/Black/Gold" or by signing up to the raffle at END.Clothing. The pair will retail for £85 GBP (approx. $107 USD) and will release on July 6.

In other news, adidas has unveiled its Arsenal home kit for 2019/20.