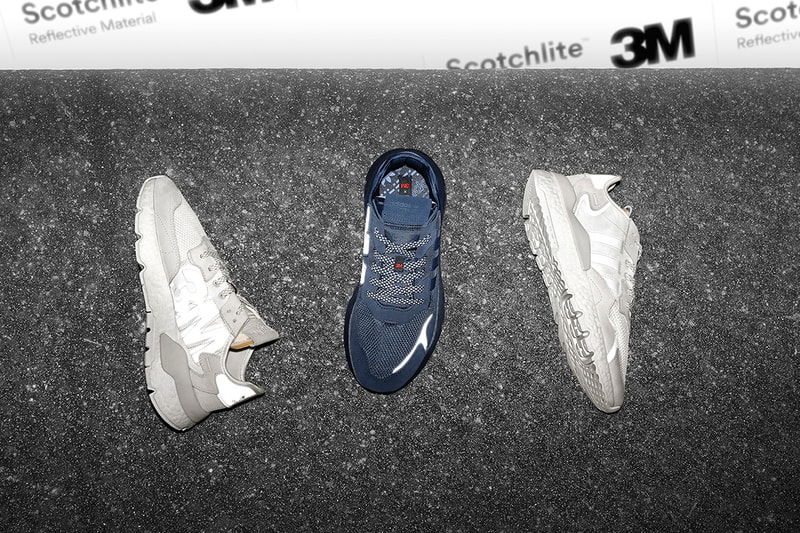 adidas Originals has equipped its Nite Jogger silhouette with even more 3M tooling in the new "3M Project" pack. The shoes were made in collaboration with the world’s leading high-visibility manufacturer, 3M Scotchlite Reflective Material, and will release in a myriad of colorways.

The Nite Jogger is inspired by adidas’ archival 1980s reflective running shoe, which at the time was a footwear first. For 2019, adidas Originals developed a Nite Jogger consisting of a mesh and nylon ripstop upper which is detailed with suede overlays. In its "3M Project" pack, the sneaker sees a host of details lit up in reflective material such as the forefoot, heel and sides, as well as Trefoil logo branding on the heel and tongue.

To make the pack stand out against the rest, adidas Originals has added an oversized 3M logo on the lateral mid panel, as well as dual branding on the heel and a 3M-branded lace lock. Colors releasing include a clean black, red and white iteration, a triple black version featuring neon green under its mesh overlays, and a Summer-ready pink offering featuring embroidered 3M branding and leather panels.

In other news, images of a new YEEZY clog have surfaced.