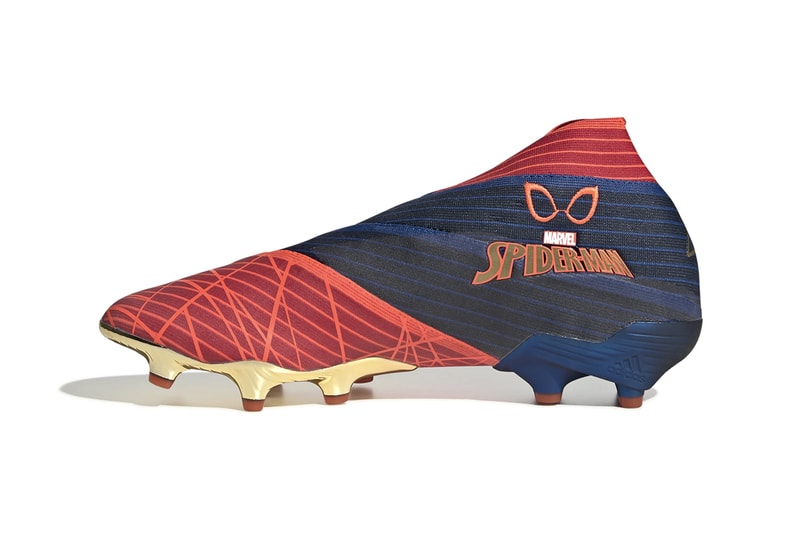 adidas Football has unveiled a new Spider-Man-inspired collection with Marvel. The capsule features the Marvel NEMEZIZ — to be worn by the game’s most agile players on-pitch — and an all-black AlphaBOOST trainer designed to be worn on the streets. The new pack follows a similarly Spider-Man-themed release for Donovan Mitchell’s first signature shoe.

The Marvel NEMEZIZ’s colorway is inspired by the iconic Spider-Man suit, coming primarily in red and blue. The design is then finished with a spider’s web print on the upper, stripes and sockliner as well as Spider-Man’s reflective eyes embroidered on the side.

Additionally, the AlphaBOOST takes its inspiration from Spider-Man’s all-black stealth suit. The blacked-out colorway is finished with web printing on the sockliner and reflective eyes on its side.

Both the NEMEZIZ boots — which will be worn on the pitch by FC Bayern winger Serge Gnabry — and the AlphaBOOST are available from the adidas web store now. Both pairs come in a special-edition box mirroring the design of the suits.

In other adidas news, refresh your memory of Arsenal’s new home kit.