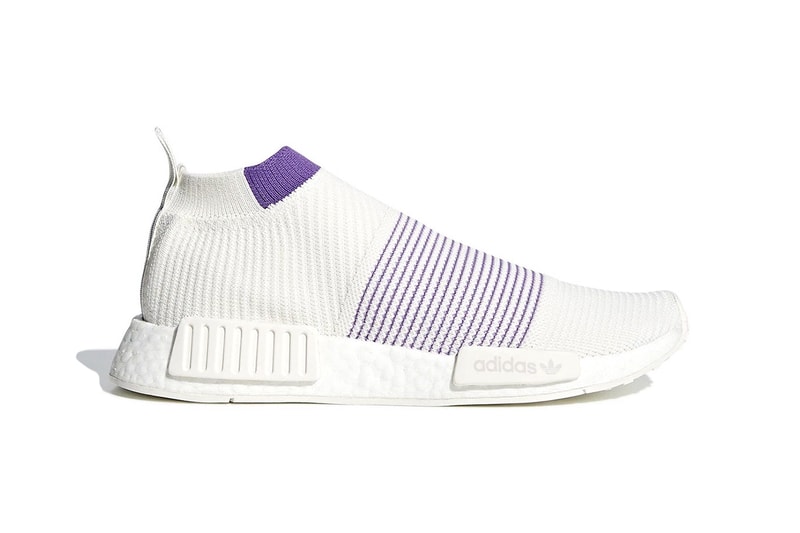 adidas‘ is set to return to its NMD line for a Spring/Summer 2019 revival with the Three Stripes’ latest City Sock iteration. Dropping two purple-tinged CS1‘s, the boost-equipped mid-top shoe comes with all its usual clean branding — from the graphic heel tape to the medial print — as well as a laceless PrimeKnit construction.

Dropping in two stark contrast colorways, both the black and white pairs feature a standout saturated purple band around the ankle opening, purple stitching on the vamp, and purple lettering along the heel tape. The NMD’s sole plugs are served in a tonal black or white offering, Boost is typically chunky and white, and outsoles are again offered in a tonal colorway.

For more Boost news, check out the official store list for the YEEZY BOOST 700 V2 "Geode".