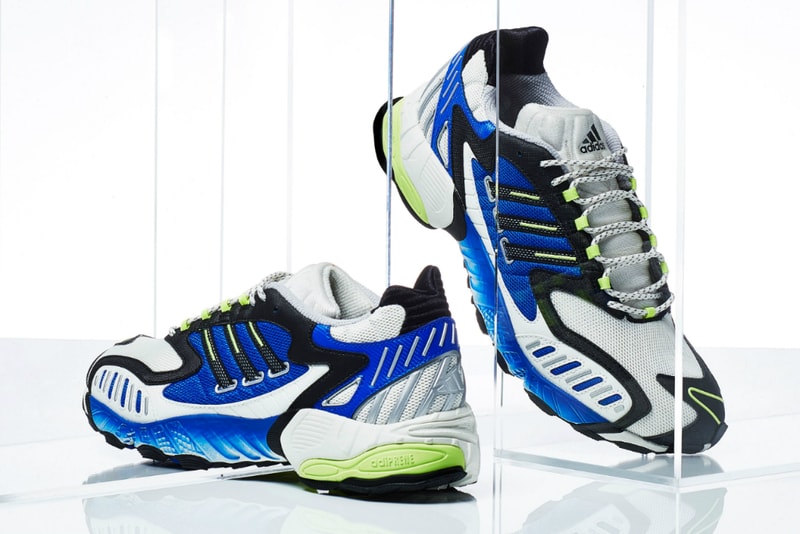 A couple days after linking up with Cool Kicks for a Woodstock-inspired UltraBOOST, adidas Consortium is revealing plans for a new version of the lesser-known ’90s Trediac silhouette. Initially produced for trail runners, this contemporary interpretation keeps the same commitment to function and high-quality construction, with the Torsion System technology at the forefront of the Torsion TRDC‘s standout attributes.

The Torsion System technology first hit the market thirty years ago, having debuted in the ZX running line. For the new Torsion TRDC, the aforementioned feature is given a modern update and the original manufacturing methods and materials are brought up to today’s strict standards. Specifically, the Torsion TRDC of today contains an EVA midsole, ADIPRENE heel component and a blend of mesh and synthetic fabrics. For the colorway, the designers chose a vibrant blend of blue, black, neon and white tones. In an official statement, adidas labels this new release as "defiantly on trend for 2019" and a bills it as a "testament to the long-lasting appeal of the functionality and craftsmanship at the heart of adidas’ running shoe stable."

You can take a look at adidas Consortium’s new Torsion TRDC sneaker above, while the shoe itself will hit shelves on August 23.